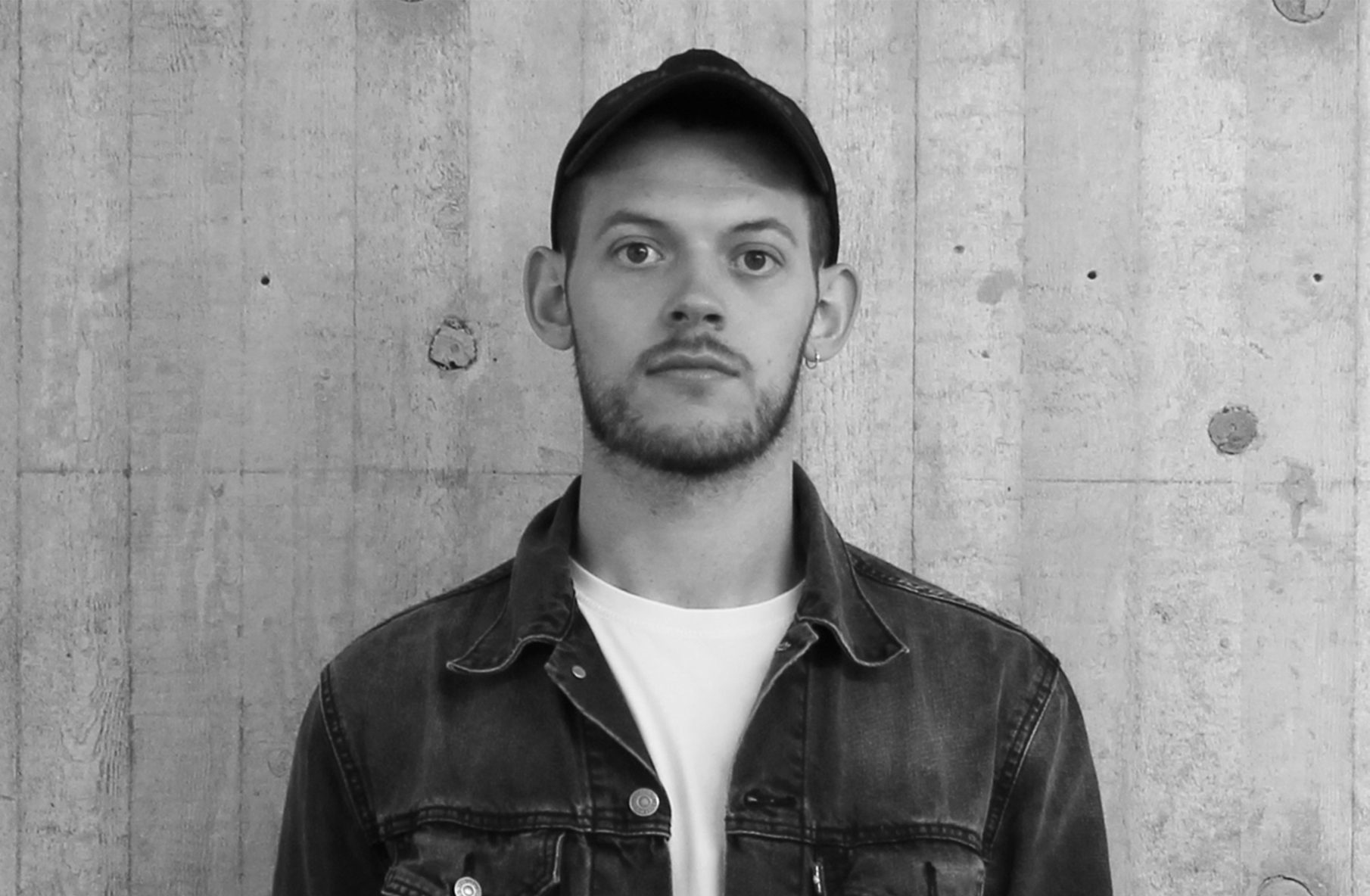 For this week’s Spotlight On feature, we spoke to Irish designer Colin Horgan.

Since graduating from Limerick School of Art and Design, the Kerry native has completed a masters degree in the world-renowned Royal College of Art in London.

The fashion designer went on to showcase his work at London Fashion Week, and has worked with some of the biggest names in the showbiz industry – from Lady Gaga to Dua Lipa and most recently, Little Mix star Leigh-Anne Pinnock.

Colin spoke exclusively to Goss.ie about his passion for fashion, where he gets his inspiration, and the biggest and most challenging moments of his career to date. 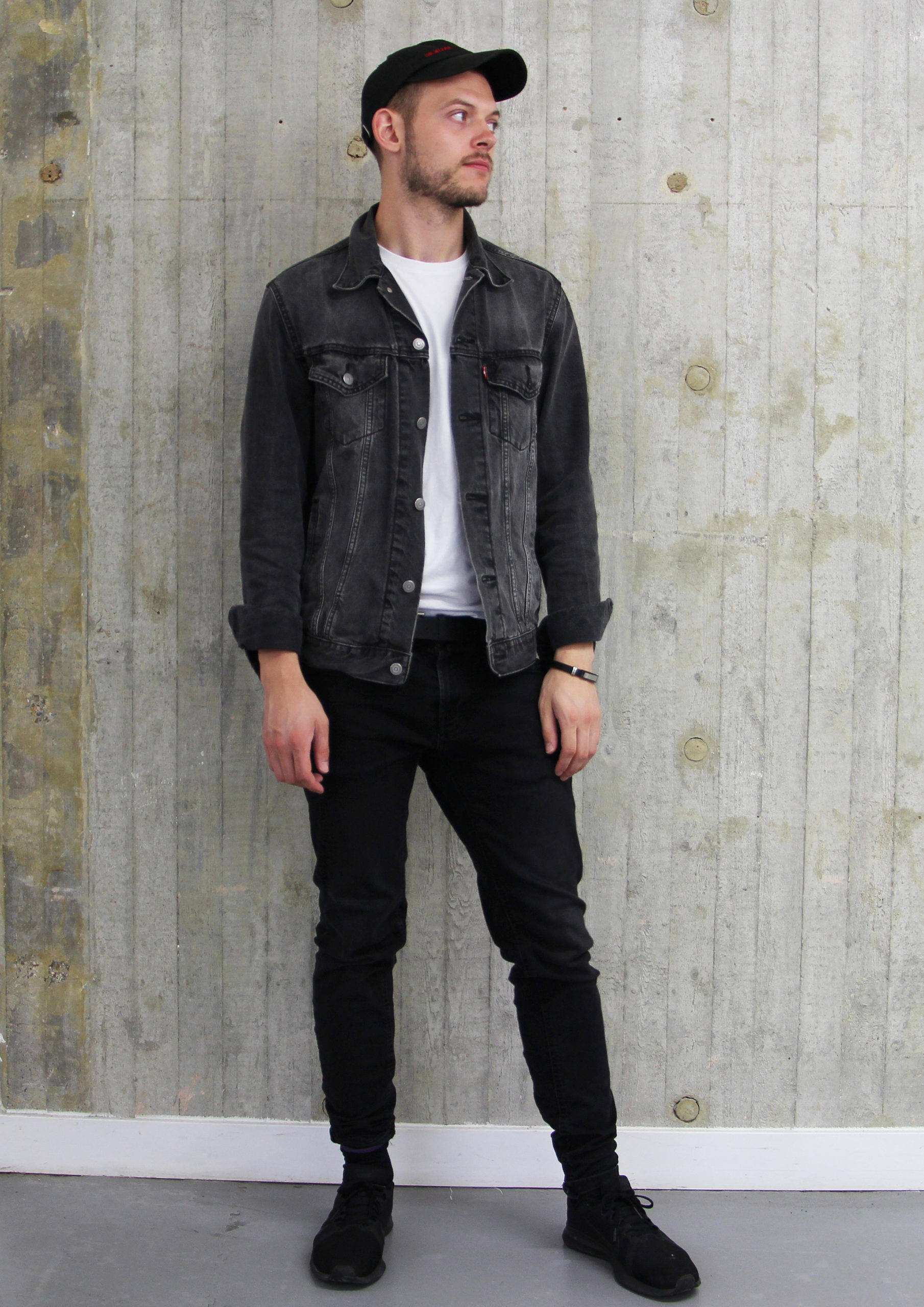 How did you first get into fashion?

I was lucky enough to get accepted into Limerick School of Art and Design (LSAD) in 2010 which I suppose was my first introduction and ‘crash course’ into Fashion Design. I initially thought that painting was something what I wanted to pursue but I instantly fell in love with the pace and constant search for newness in Fashion.

Over the next four years at LSAD, I was thrown into all aspects of the design process and interned in Copenhagen and Stockholm over the summers in between the years.

I was always interested in the show aspect of fashion. I became obsessed with Lee McQueen’s shows from the late 90’s and early 2000s so I guess there was something of me wanting to be able to create a world like his for people to gravitate towards.

I had heard of Central St. Martins so I was aware that the London Fashion Schools would give you that stamp of approval, but I was worried that I didn’t have any skills like sewing or cutting so I had figured I would stick initially with fine art.

After graduating from LSAD, I had applied for the MA Course at Central St. Martins. At that time I probably needed a break, but I had gotten invited over for the interview process. I suppose because I didn’t really know anyone on the inside or who had gone through the course I was a bit naive.

I brought a small portfolio, one garment and prototype. Arriving into the interview room with other eager graduates I quickly realised that I brought such little work and after the interview (which was unsuccessful) moved back to Copenhagen and worked for Anne Sofie Madsen until I figured out what was next.

On returning back from Copenhagen, I had gotten advise from Anne Sofie Madsen that I should consider an MA but not at Central Saint Martins. My course director Anne Melinn always pushed me into doing an MA at The Royal College of Art, and this swayed me by Anne Sofie Madsen also suggesting this.

Later that summer, I was accepted into the Royal College of Art and throughout the two year Masters programme I started to build my contacts and work within the industry. Philip Treacy, Orla Kiely and Christopher Bailey amongst many more were all graduates so it promised great opportunities. After graduating from RCA, I was headhunted by a few brands to go work for them – which I did before pursuing my own work which I still show today. 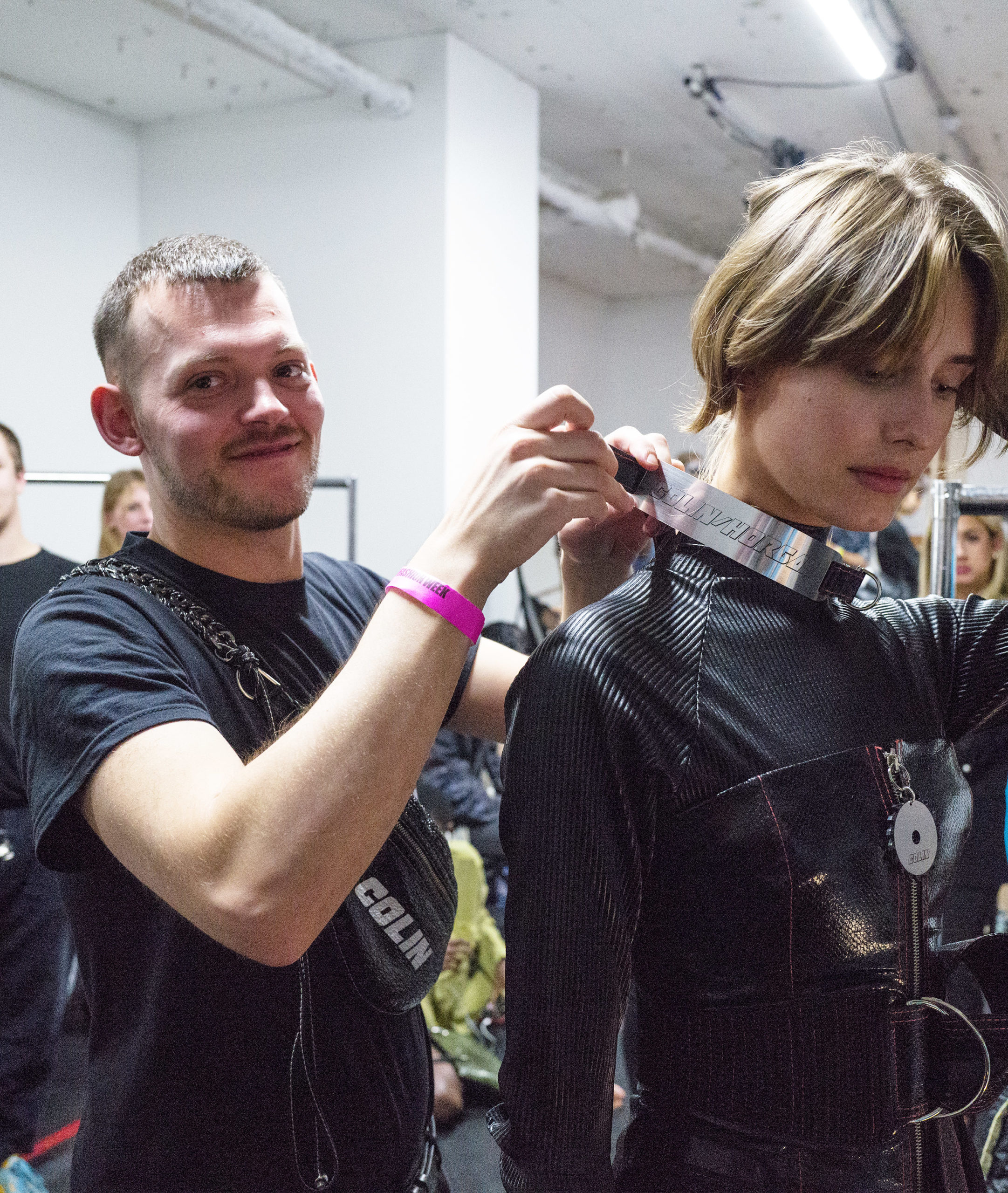 Can you remember that first milestone moment in your career, if so, what was it and how did you feel?

I think getting to show at London Fashion Week was definitely a milestone moment for me. Lee Lapthorne had attended my graduate show from the Royal College Of Art and had invited me to do an extended show after my graduate show.

At that time, I really was burnt out from the intensity of the course. You are thrown into the deep end and the course is extremely demanding. Late nights and early mornings were just part of the Fashion programme so after that came to an end, I couldn’t really mentally face doing a brand new collection. He was extremely understanding and said to me that when I was ready, he would be too.

A few months later I got in touch and we arranged a meeting. He became my mentor and advisor on the overall vision of the future of my brand and really it became a milestone moment for him to let me have full freedom to present at London Fashion Week in September 2018 under his production.

What has been your biggest career moment to date?

I’ve been very lucky to have had a few great moments. I think two that are worth mentioning are getting the stamp of approval from Suzy Menkes from Vogue. She came to the show and wrote a really honest review regarding my work.

I think why this is such a great moment is because I had watched the ‘McQueen and I’ documentary so many times as a student so for her to have seen my work and wrote about it felt like the wheel had come full circle.

Also, getting the opportunity to do a full feature in the Sunday Independent the day before my second show was definitely an amazing career moment. I had grown up with LIFE Magazine, and had read all of the pages cover to cover so getting such positivity on my vision from the amazing Constance Harris was definitely one of my favourite career highlights.

Where do you get your design inspirations from?

I usually start with the woman that inspire the work. It’s usually a narrative between this woman and her ideal clothes for the space she is about to enter into. It’s always very hard to pin down one person because I always take elements from all the female energies in my family which becomes a melting pot of inner strength and elevation.

A huge influence of course be my own mother. I know Its quite cliché because most designers are inspired by their own mothers and I’d be lying if I left that out. I think it’s not necessarily physically inspired by but its about the strength of women that I’d admire. Then I adapt her environment and place reference points like modes of transport, car interiors and often abstract collages to create a dialogue of where the collection could end up at.

What are the three things you would tell anyone who may be wanting to pursue a career in fashion?

Stay true to yourself. Strike while the iron is hot. It’s ok to say no!

Out of everyone who has worn your pieces, which person was the most exciting/surreal for you?

Definitely Lady Gaga was the most surreal superstar to have worn my work. I had just graduated and I had the opportunity to work with Haus Of Gaga on a special project initially for a watch company. I actually was at a fashion party with two of my friends
and I showed them the email and assumed it was a joke! We all kinda laughed it out, but the morning after there was a follow up so it made me think that it was actually for real!

It was my first experience of working with an artist in the US so it was all new to
me. The box of my graduate collection was collected and in the US the next day. At that time the outfit that was chosen didn’t make the final edit but what I didn’t know was that they had planned her outfit for her Netflix Premiere of ‘Gaga: Five Foot Two’ which included me. Again, I just had expected that there was a huge selection and likely I wouldn’t be picked… but that changed the evening the premiere happened. It was insane! It still is… I mean, how can you top a fashion icon of today like her? 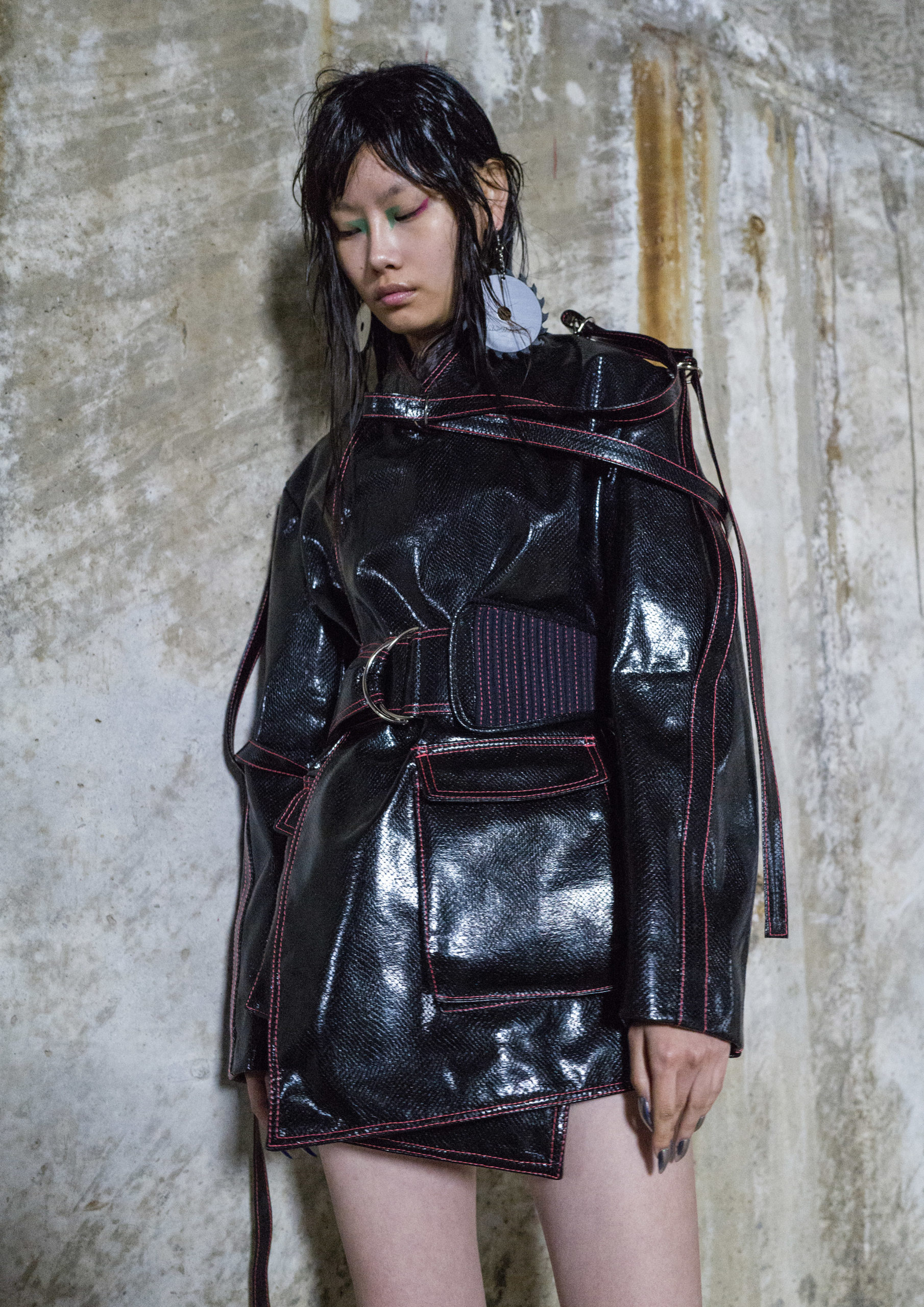 Which collection has been your favourite to create and why?

I think my first collection for London Fashion Week was a strong moment for me. I guess I approached the season with a more free approach, as in I did what I liked instead of focusing in on what would sell the best.

There was a real energy in the collection and although my shapes and form were quite abstract the reviews were so positive and they critics really felt I had a signature style. Sometimes when I am stuck on developing an idea I usually try and bring some of the energy that I had from that season to push my ideas forward.

What has been the biggest challenge in your fashion career so far?

I think sustaining a strong and consistent income is always a challenge. It sounds so cliché but Heidi Klum’s expression ‘One day you’re in, the next day you’re out’ has some real truth to it. On one hand you want to be creatively free, but in the back of
your mind there is a cloud hanging over yourself to make something sellable and sell well. Sometimes when the buyers don’t place the order that your expecting it has a knock on effect for a small label like mine.

For me, I think because I present high energy, high quality clothing to an already niche market I think it’s been a challenge to diffuse the clothing for the consumer to afford it. However, moving the production back to Ireland has helped overcome this problem, adding to the value of the final product.

What exciting things can we expect to see from you in the future?

I’m very excited to be working on a new season which was well overdue. When I had moved everything back to Ireland unfortunately due to COVID-19, I had just moved into a new space that I had to close. I decided to take a step back from my own work and began focusing on working for other companies which was amazing but now I feel ready to finally get back to creating. I can’t say much more on where it will be taking place but expect newness in September! 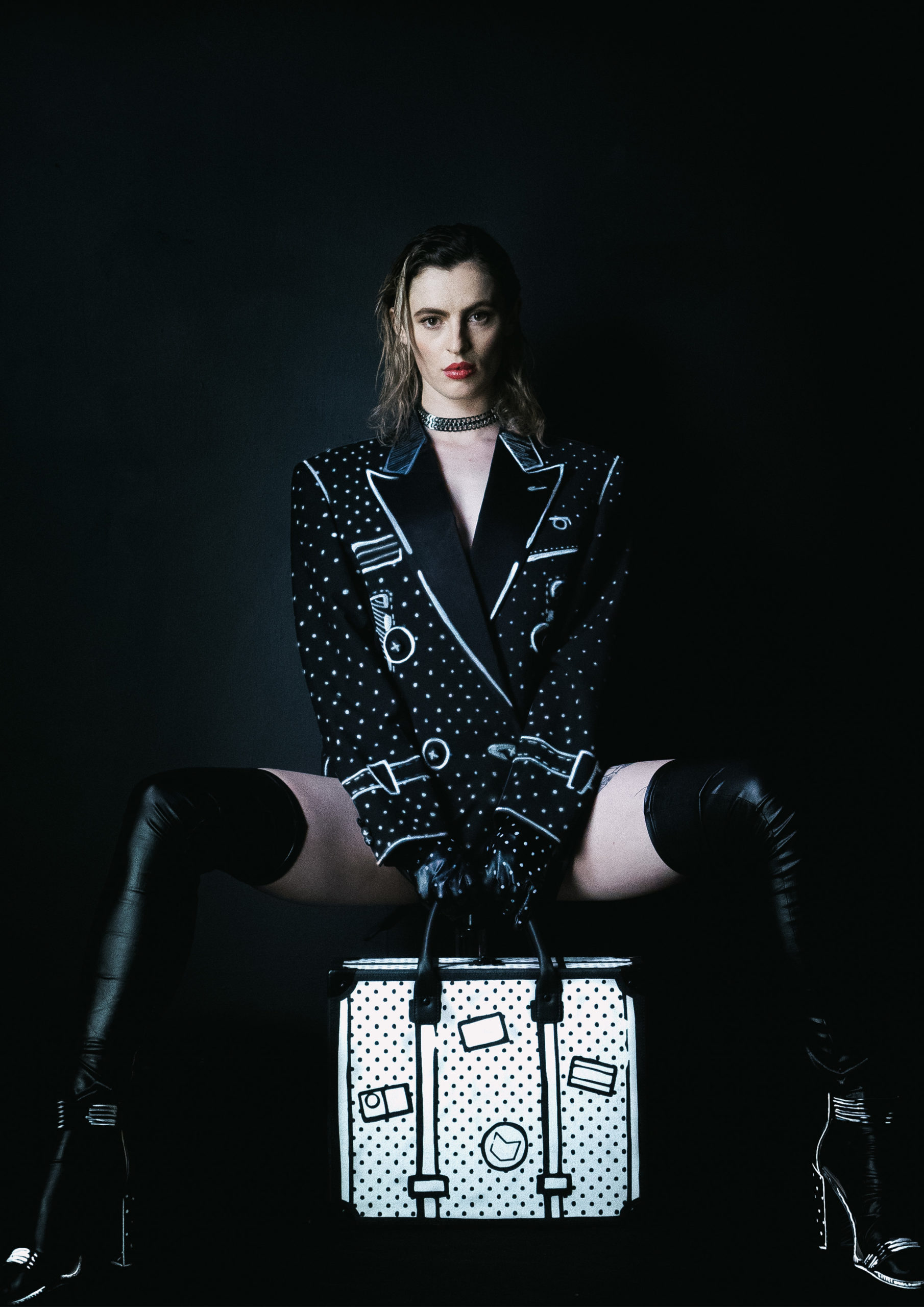