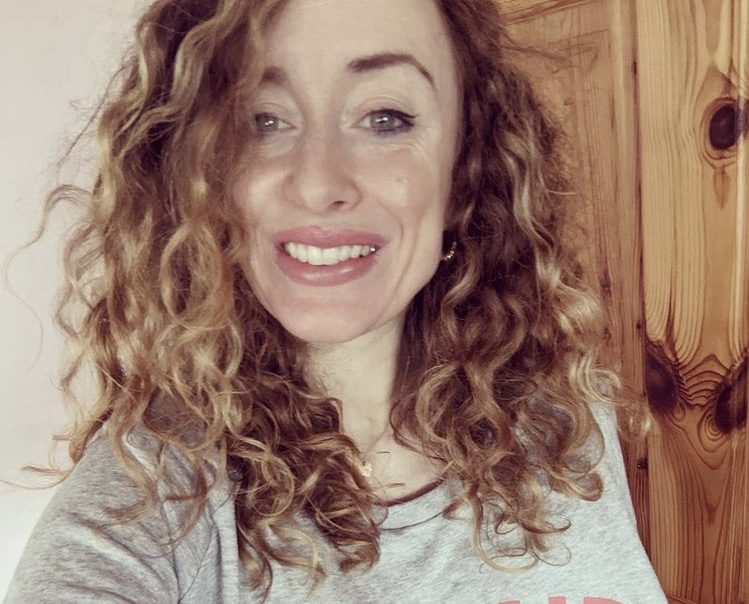 For this week’s Spotlight On feature, we spoke to Irish comedian Julie Jay.

After seeing their teacher perform on stage with Tommy Tiernan, Julie’s former sixth year students encouraged her to bite the bullet, quit her job and pursue comedy full-time.

Since then, she has become one of Ireland’s leading comedians – often sharing her hilarious sketches with her Instagram, Twitter and TikTok followers.

Julie also hosts three popular podcasts – Crimeland, Trapped with her husband Fred Cooke, and Up to 90 with Emma Doran.

During an exclusive interview with Goss.ie, Julie opened up about being a woman in comedy, dealing with criticism, life as a new mum, and her upcoming wedding plans. 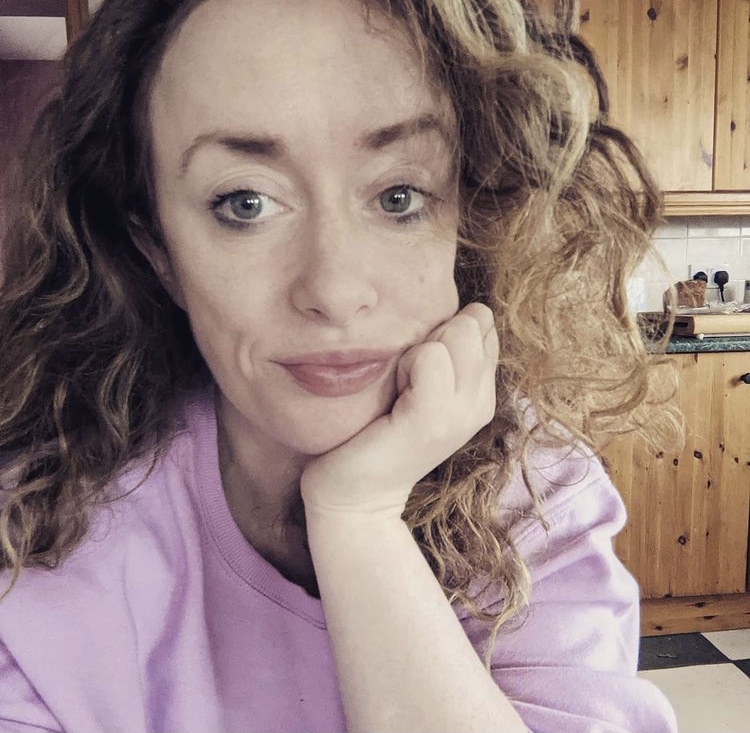 You’ve had such a busy lockdown between getting engaged, having a baby and also working on your podcast and online content. How have you been managing?

It has been really busy! I’m the biggest cliché going because I decided to have a pandemic baby. I said, ‘Will I start a new a podcast or will I have a baby? I suppose I’ll start with a baby because you only get one shot at a podcast!’

So I had the baby, got engaged – I keep forgetting I got engaged but we did get engaged! We’ve had to postpone the wedding but it is going to happen at some stage. And then with the online stuff it’s been so busy. It’s been great – strange but great.

How did you stay motivated and inspired to create content during the pandemic?

I think the online stuff has been really inspiring because it feels like everyone has just upped their game so much when it comes to the socials. Pre-pandemic, I think a lot of people divided comedians into content comedians or performing comedians, and I would’ve definitely considered myself more of a performer… so it’s been a very steep learning curb.

I think was has motivated and inspired me is seeing how amazing people are at creating stuff online, and for me that has really pushed me to be better and to learn and upskill. Even with things like TikTok, it’s gas because I’m so bad at these things! It might take me two hours to put together a 60 second video. But for me, it’s been really exciting because it’s getting to grips with something I haven’t been very comfortable with before.

To be honest, I’ve really enjoyed it and I’m really proud of some of the content that I have created. So it’s been a strange one but I think definitely seeing what other people are doing has inspired me.

How did you first get into comedy?

You probably know from the head of me but I used to be a muinteoir – there’s a serious whack of muinteoir off me! So I was a teacher for years and years, and I think I just reached a point where I felt I had nothing to lose. I had just gotten out of a long-term relationship, I had moved jobs and I had kind of started going to gigs on my own but I just didn’t have the confidence to give it a go.

Then an ex got in touch with me and to say, ‘What are you up to? How are you?’ And I had a few drinks in me and decided tell him I was doing stand-up. I have no idea why I invented that lie, but I obviously on some level wanted to do stand-up because I had started to attend gigs. So he was like, ‘I’d love to come and see you’, so I had to conjure up a stand-up gig from somewhere and he came with all his mates. It’s so funny because that relationship went no further, but the one good thing that came out of it was that I really that I really loved stand-up.

It was strange the way it started, it almost felt like a happy accident in a way. But then I started it as a hobby. Towards the end of my teaching career, I was supporting Tommy Tiernan in Vicar Street and a couple of my sixth years had received tickets to the gig as Christmas presents. They came in two weeks after Christmas, into Vicar Street, only to see me performing for the first 25 minutes! Can you imagine your Christmas present being getting more time to spend more time with your Irish teacher?

But then the next day they were saying to me, ‘Miss you know what, you should just give it a go. You only get one life.’ And then I decided to go full-time because I think that was the year that I thought, ‘I’ve so much going on with the comedy, I’d love to just do it for real.’ And then even the kids were like, ‘Listen Miss, I think you need to give this a go.’ So that’s how it happened. 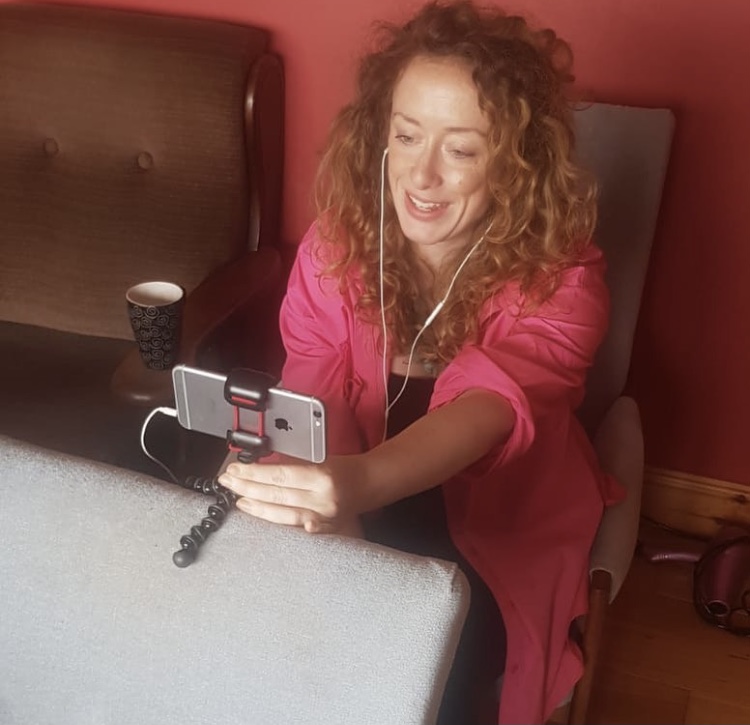 What do you love about comedy?

I feel most at my true self when I’m doing comedy, which for me is really liberating because for so long I didn’t even have the confident to say I wanted to do comedy. So when I’m doing it, I really feel like me which is so lovely because I never felt confident to explore that aspect of myself.

Do you have experience with online trolling or criticism?

I’ve had a lot of experience with that. I think my comedy is very Marmite-y – you either like it or you don’t. I’ve definitely have had a lot of negative feedback and I think as women, it does sometimes feel quite personalised. So it might be in relation to your weight or your hair, or your appearance or your voice.

I find at times with women, their voices are more of an issue than maybe men. It’ll always be something that people maybe comment on. It’s been hard and, I think I speak for a lot of people, you have ten lovely comments but you will just focus on that one negative. It’s definitely something that I’m learning to get better at dealing with.

I think ultimately it has made me more robust, because I’ve always been quite a sensitive person. So I think then when you see this kind of vitriol online, at the start it hurts more but as you go on, it has made me a bit more robust. But it’s definitely tough.

It is great that people are doing more to tackle it and get to grips with anonymous accounts. 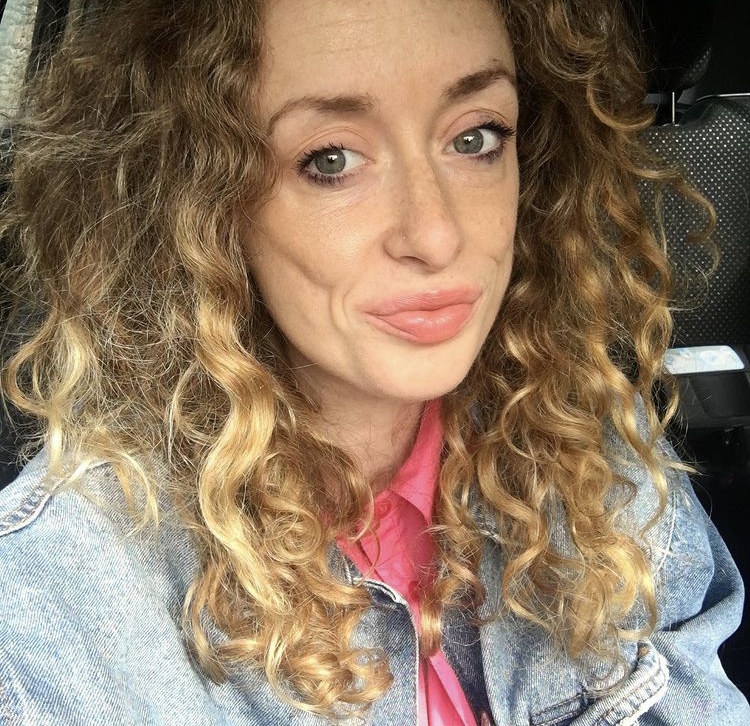 What made you decide to start your true crime podcast ‘Crimeland’?

For me, Crimeland is such an indulgence. I’m really excited now because I’ve recorded a few episodes with some big guests and I can’t wait to put them out. But it’s a real passion project for me. I am obsessed with true crime; I’m reading true crime, I’m watching true crime all the time. Even when I was pregnant with Ted, all that child was subjected to was true crime because that’s all I was listening to and watching. I absolutely love it.

It’s just so interesting. What’s nice about Crimeland is that I get to discuss true crime with my favourite funny people so for me, it’s been a bit of a social outlet during the pandemic. It’s not for everyone; Fred for example hates true crime! So it is funny because when I had him on the podcast, he spends most of the time saying stuff like: ‘That’s so sad.’ And then the last one he was on he was like, ‘is that the end? Is that it?’ He just doesn’t get it.

But when you have someone on who loves true crime, it is so brilliant and so much craic. And obviously you have to be careful because you want to deal with it very sensitively. It’s try to find the comedy around the edges so always being really respectful of the stories and it’s definitely tricky. It’s a balancing act but I absolutely love it.

How have you been finding life as a new mum?

Ted is absolutely amazing. I am every cliché going, I promised myself before I had him that I wouldn’t be one of those parents who are just obsessed with their children but I absolutely am.

Even when I was in the paternity ward I was saying things to other people like, ‘I just feel so bad for other mothers because all their babies cry and Ted doesn’t cry.’ He was crying but I just could not hear it because in my mind I was like, ‘This child is just perfect.’ He is amazing, I am so besotted with him.

It’s definitely been tough in terms of juggling everything, because I know when Fred was away with The Tommy Show that was hard because where we’re living is quite isolated geographically anyway and then with Covid, we weren’t having people calling in and taking the baby for an hour or anything like that. So it’s probably been quite intense, but also it’s been lovely because we’ve had this magical bonding time.

There’s definitely been advantages and disadvantages for sure but he is so brilliant. I just think he is the best craic ever, I absolutely adore him. He’s great.

Do you have any date in mind for your wedding?

I know Fred would like the whole shebang but we’re hoping down the line we might be able to have something for friends. It’s going to be a bit of a family reunion. We’re hoping at that stage most of us will be vaccinated. I think once the more vulnerable members of the family have been vaccinated, we can enjoy ourselves.

My cousin has been over in Sheffield and we haven’t seen her for 18 months. It’s so funny because even as I was telling you we’ve booked the 11th of December, she’s been on the phone booking the flights and she’s so excited.

We were saying maybe September but for us, we would prefer to hold off until it’s safe for everyone. It’ll be lovely. I mean it might be a bit emotional as well because we haven’t seen people in so long, but I think it’ll be really nice for our families. 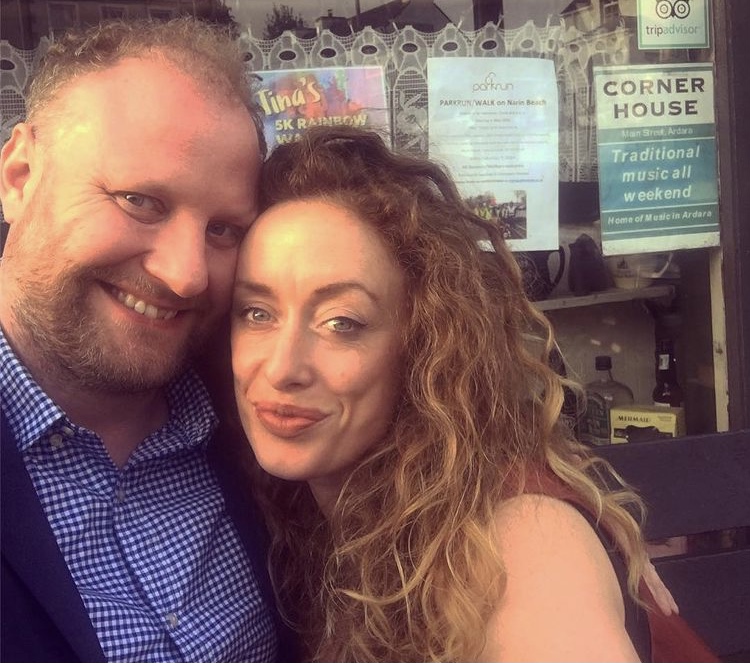 What can we expect to see from you in the year ahead?

I think my approach to getting something actually made for the telly is the same approach I took to getting Fred to propose to me – if I just keep annoying them, I’m eventually going to wear them down and they’ll say yes.