Sinead O’Carroll has admitted she lied about her age in the early years of B*Witched.

Sinead and her bandmates Edele, Keavy and Lindsay rose to fame in the late 90s, following the release of their hit single C’est la Vie.

But at the time, fans had no idea that Sinead was a lot older than the other girls.

Speaking on The Six O’Clock Show, Sinead explained: “The girls were 17 and I was about 24 so I had to lie about my age.” 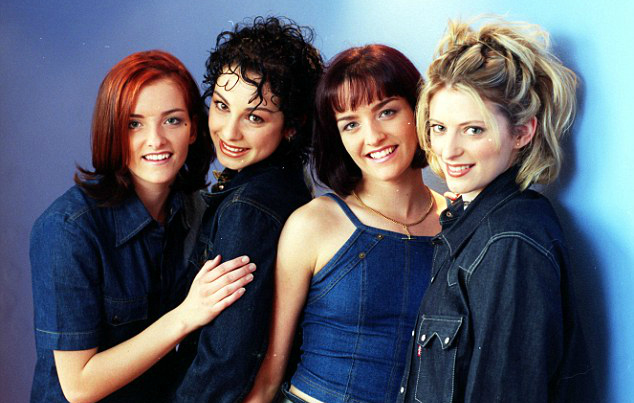 “Our management wanted me to lie about my age so I had to discard so many things that I did with my life in interviews.”

The 46-year-old appeared on the chat show after being voted off RTÉ’s Dancing With The Stars.

Speaking about life after DWTS, she said: “It was a bit of a rocky first week, I felt like I was jet-lagged with the tiredness. And then I was a little bit disappointed but I’m over it now.”

“I’m so glad I did it I wanted to do it for a really long time so I’m thrilled I got to do it. That first week I was like, ‘Am I not going to the studio, what am I doing?’

“It was just like getting sacked from the best job that you could possibly have so the only way is down really for a little bit.”

“It’s not just you- my kids were so involved, my husband was holding the fort at home, my mum and dad were there every week. So everybody gets involved,” she explained.