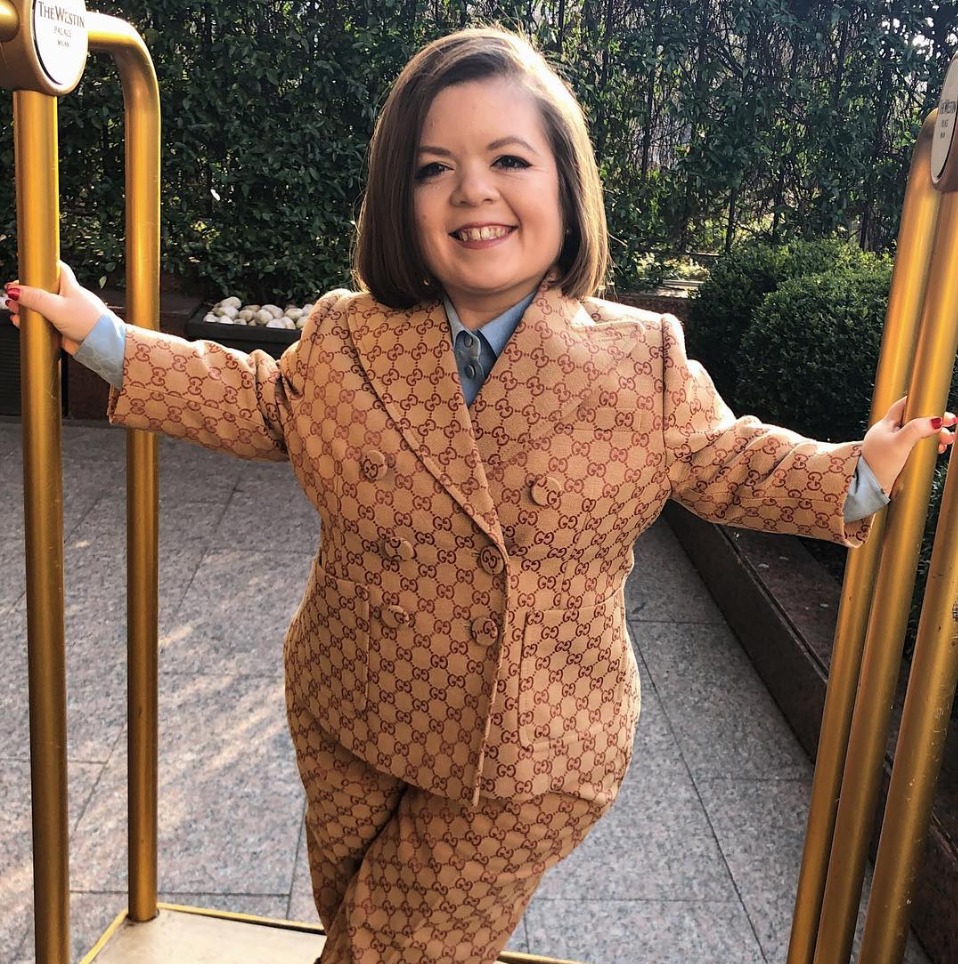 Sinéad Burke has thanked Meghan Markle for featuring her on the cover of British Vogue’s September issue.

As part of her guest editor role, the Duchess of Sussex hand-picked fifteen inspiring women from around the world to appear on the front cover – and Sinéad was one of them.

Taking to Instagram, Sinéad wrote: “I’ve been collecting the September issue of Vogue for as long as I can remember. They were my gateway into a world that I (at the time) couldn’t visualise myself within.”

“Those September issues still line my bookcases at home and now, I’ll get to add one more to that collection – one with me on the cover and many other women I respect, admire and am inspired by.” 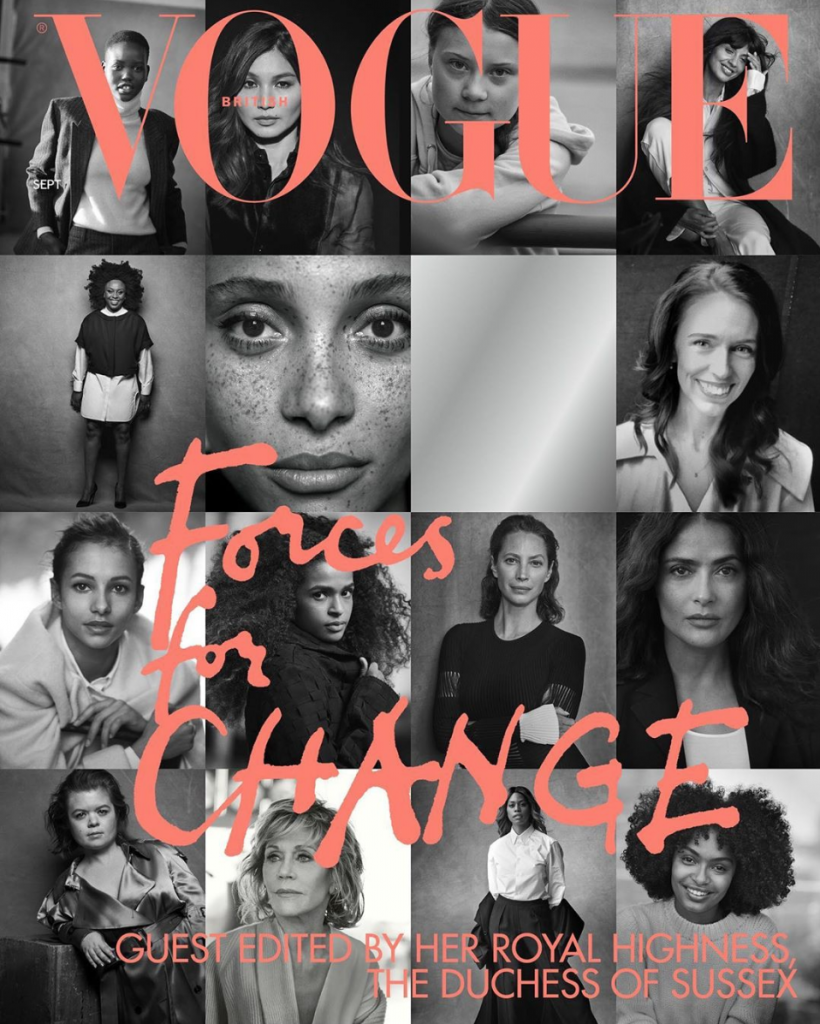 She continued: “I’m so very proud, incredibly honoured and humbled to be one of the fifteen Forces for Change featured on the cover of @BritishVogue’s September issue, chosen by a very special guest editor, (@sussexroyal) the Duchess of Sussex.”

“This marks @edward_enninful’s third September issue at Vogue and I couldn’t be more grateful to the Duchess of Sussex, Edward, @vanessakingori, @GilesHattersley, @Ellie_Pitchers, @OliviaJSinger, @denagia and the whole team at British Vogue for including me. The issue will be on stands on Friday, August 2nd.”

Sinéad, who was born with achondroplasia, met Meghan Markle for the first time last July – during the Duchess’ first royal visit to Ireland with Prince Harry.

Both at home and abroad, Sinéad has highlighted the lack of inclusivity within the fashion industry, and makes “every attempt to advocate for the inclusion of all”.

She’s currently undertaking a PhD in Trinity College on human rights education, and just last year – Vogue magazine named Sinead as one of 25 females who are “defining and redefining the way we live now”.

The statement read: “We are proud to announce that Her Royal Highness, The Duchess of Sussex is the Guest Editor for the September issue of @BritishVogue.”

A sneak peek of the #ForcesForChange video for the September Issue of @BritishVogue. Her Royal Highness, The Duchess of Sussex is the first Guest Editor for British Vogue’s September Issue and for the last seven months has worked to create an issue of inclusivity and inspiration. pic.twitter.com/lBc7Yw7113

“For the past seven months, The Duchess has curated the content with British Vogue’s Editor-in-Chief Edward Enninful to create an issue that highlights the power of the collective. They have named the issue: ‘Forces for Change.'”

“For the cover, The Duchess chose a diverse selection of women from all walks of life, each driving impact and raising the bar for equality, kindness, justice and open mindedness.

“The sixteenth space on the cover, a mirror, was included so that when you hold the issue in your hands, you see yourself as part of this collective.

“We are excited to announce that within the issue you’ll find: an exclusive interview between The Duchess and former First Lady of the United States Michelle Obama, a candid conversation between The Duke of Sussex and Dr Jane Goodall, inspirational articles written by Brené Brown, Jameela Jamil and many others.” 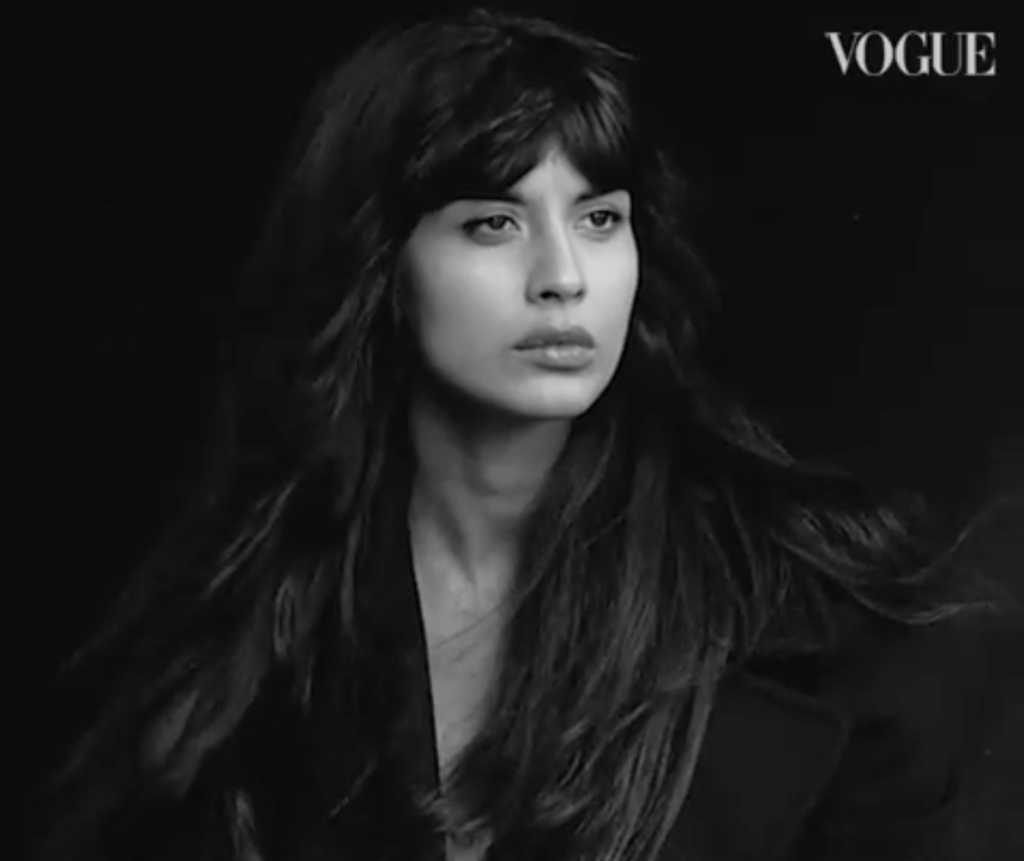 “Equally, you’ll find grassroots organisations and incredible trailblazers working tirelessly behind the scenes to change the world for the better.”

Speaking about her role, Meghan said: “Guest Editing the September issue of British Vogue has been rewarding, educational and inspiring. To deep dive into this process, working quietly behind the scenes for so many months, I am happy to now be able to share what we have created.”

“A huge thanks to all of the friends who supported me in this endeavour, lending their time and energy to help within these pages and on the cover. Thank you for saying ‘Yes!’ – and to Edward, thank you for this wonderful opportunity.”