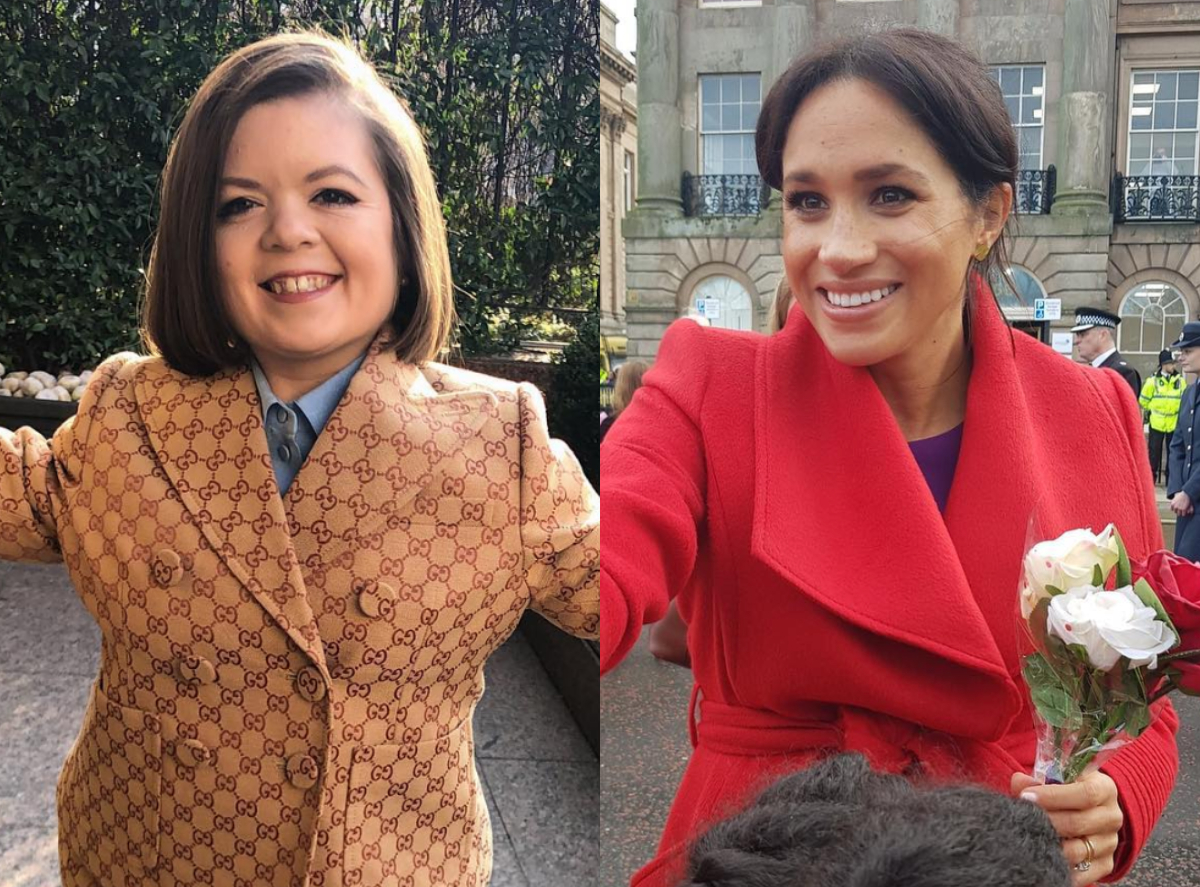 Sinéad Burke has praised Meghan Markle for treating her with “respect and care” when they first met.

The Duchess of Sussex famously guest edited the September issue of British Vogue, and as part of her role, Meghan hand-picked fifteen inspiring women from around the world to appear on the front cover – and Sinéad was one of them.

The 29-year-old, who was born with achondroplasia, met Meghan for the first time last July – during the Duchess’ first royal visit to Ireland with Prince Harry.

Speaking about meeting the royal couple on the podcast Royally Obsessed, Sinead explained: “We were invited by the British embassy in Ireland, and they said we’re going to have members of the monarchy attend and we cannot tell you what it will be, but it’ll be a lovely evening where we’re going to discuss all sorts of accomplished people in Irish society.”

“And I kind of said, ‘Oh lovely,’ it’ll be a very nice evening, who knows who you’ll get to meet…. and it turned out it was the Duke and Duchess of Sussex.”

Sinead said: “When the Duchess of Sussex saw me, the first thing that she did was come down to my level, so that we could speak at eye level.”

“And it was done with such respect and such care, that I was incredibly admiring of somebody who would step outside of their own comfort zone in such a public way to ensure that another person feels at ease.”

You can listen to the full podcast episode here.