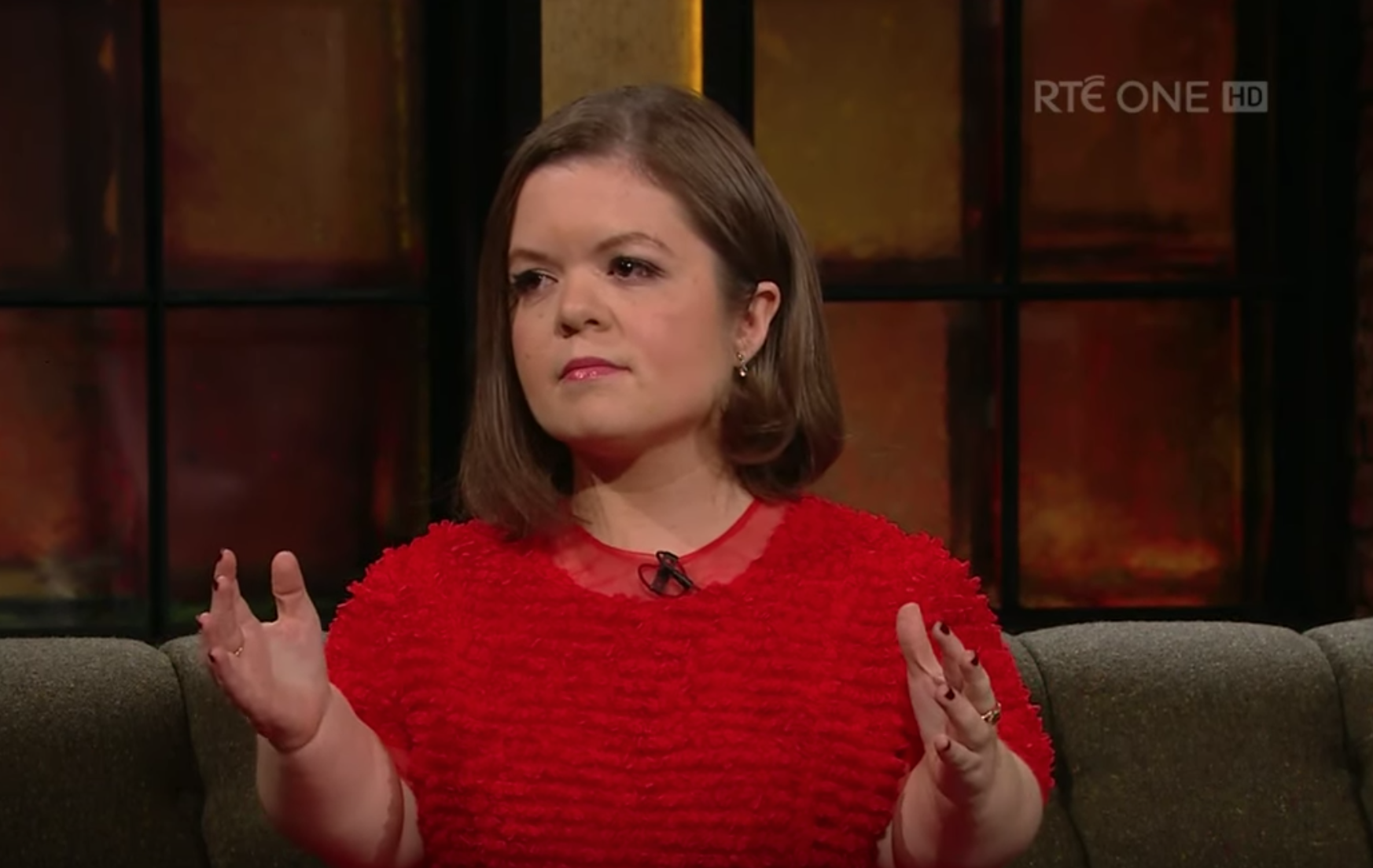 Sinéad Burke has been praised for her inspiring interview on The Late Late Show last night.

During her appearance on the show, Sinéad, who was born with achondroplasia, spoke about meeting Meghan Markle for the first time – before she selected her to appear on the front cover of British Vogue’s September issue as a “force for change”.

She told host Ryan Tubridy: “I met her when Prince Harry and herself came to Ireland on a state visit, I met her at a garden party and the first thing that she did was come down to my level to speak with me, there was no instruction to do that action, but she did it almost immediately.”

“Then it turns out she was curating the September issue of British Vogue and when she was picking 15 forces for change all over the world, somehow she remembered me and picked me and put me in that category.”

“For me that’s important, not actually for me personally, but I would have done anything for that when I was 15, walking into a newsagent and seeing somebody that looked like me in a space that I could do nothing but dream to be part of.”

“My big interest now is, what do the 15-year-olds in Ireland now give themselves permission to dream, because if one person has done it, that means they can do it.”

Following her appearance on the show, many took to Twitter to praise Sinéad for her inspirational words.

Sinead Burke is an absolute joy to listen to such an educated & eloquent communicator she makes Ryan Tubridys job easy & actually makes him look good as she takes control. An amazing role model for the youth & a great example of what you can achieve against all odds #LateLateShow

Sinead Burke is such a thought-provoking speaker. She knows how to shape the conversation and highlight important subjects whilst keeping the audience engaged. I think Tubridy almost struggled to keep up with her. What a brilliant woman #latelate #LateLateShow @TheSineadBurke

@TheSineadBurke amazing interview! My own mantra ‘though she be but little, she is fierce’ epitomises her perfectly! well done Sinead! Xx #latelate #LateLateShow pic.twitter.com/qhnnsPZVKk

Wow – what a truly inspirational person Sinead Burke is. I could listen to her speak for hours. #LateLateShow

Sinead Burke is a tonic, an antidote to lots of the toxic values that plague the society we live in. It’s so heartening to hear someone so authentic and passionate with valuable messages to share. #LateLateShow