The Galway native welcomed Cathal, who is now 3, back in August 2017 with her longterm partner Damian O’Farrell.

Sharing the scary incident on her Instagram Story, Síle wrote: “I hope today was a good one for you. Mine turned out different than expected but thankfully all is good.”

In another post, the 41-year-old continued: “A lil tumble in the morning led to a visit to the doctor, then into Crumlin hospital which thankfully turned out to be OK.”

“Cathal has a few scratches and a swollen lip but is getting lots of TLC at home and his doing great!”

“…his parents on the other hand are shattered,” she added, alongside a laughing emoji. 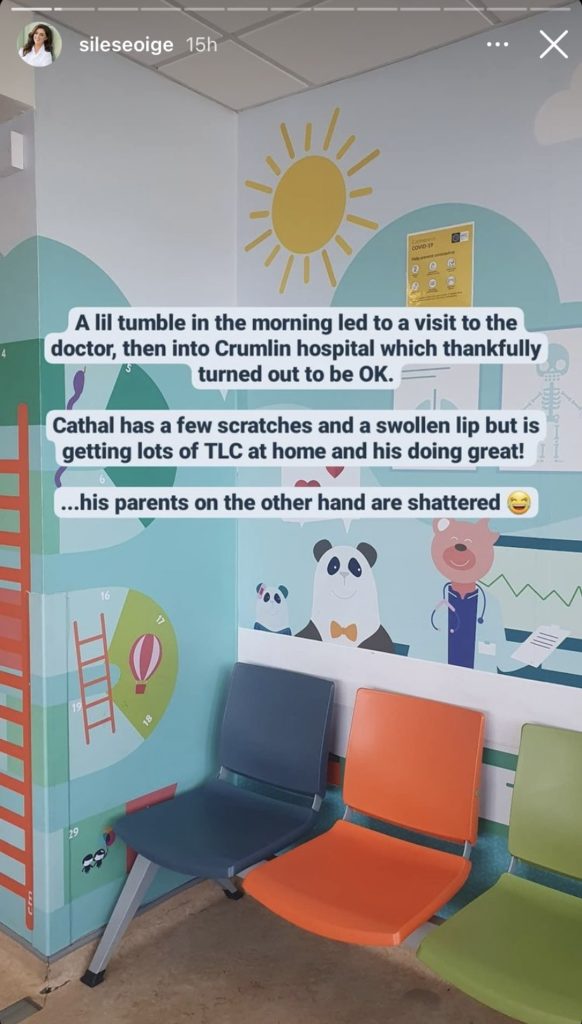 Síle also told her followers: “All work was naturally postponed today which as a freelancer, is something I find very hard to do.”

“But obviously it was an emergency and it couldn’t be helped. It means I have to cram two days of work into one tomorrow but will get it done.”