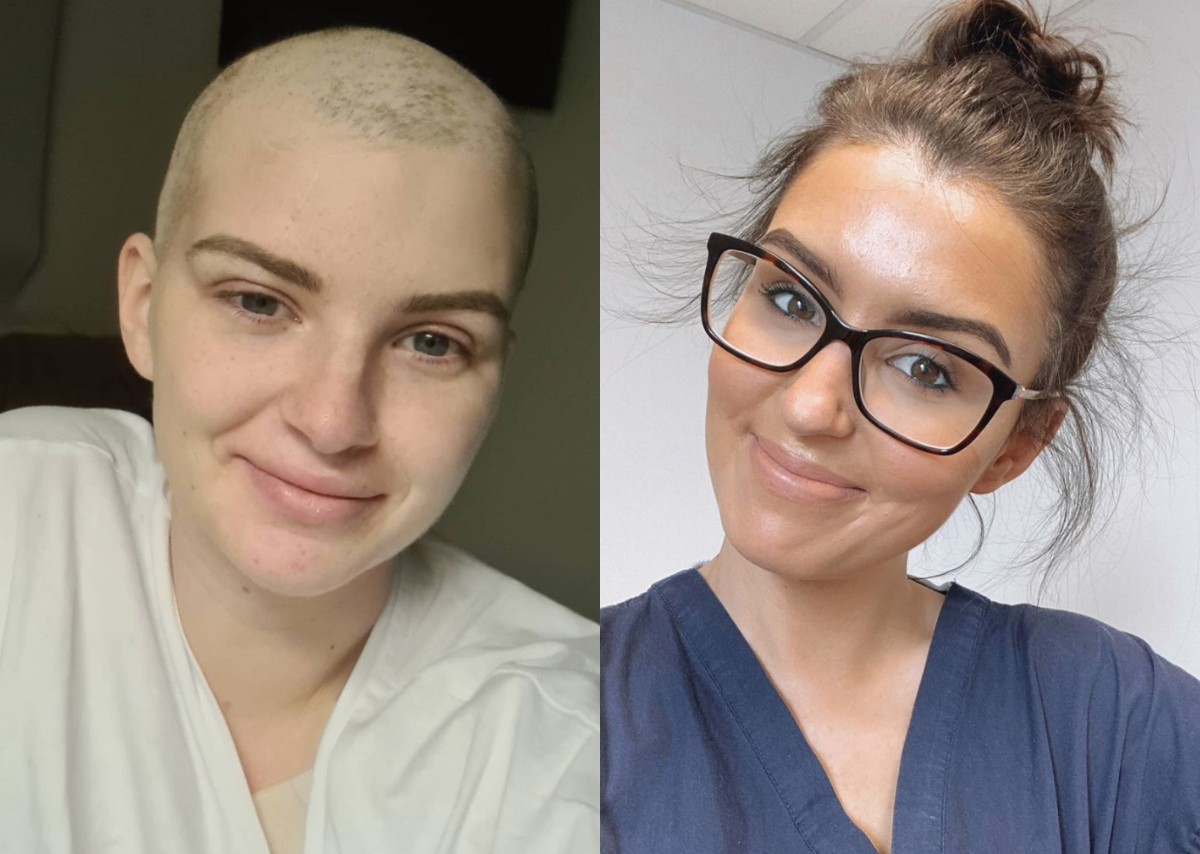 Shannen Joyce has revealed the sweet way Terrie McEvoy has been helping her in hospital.

The mother-of-one, who is battling Non Hodgkin’s Lymphoma, underwent a stem cell transplant in February after finding a suitable donor.

The Cork native, who has over 114k followers on Instagram, spent weeks in hospital after her transplant – but was finally reunited with her family in early March.

Sadly, Shannen ended up back in hospital two weeks ago with an adenovirus infection.

The virus has had a serious affect on Shannen, as her immune system is so weak after her transplant.

Making matters worse, the mother-of-one is in hospital in Dublin, far away from her family in Cork.

Taking to Instagram today, Shannen thanked those who have supported her over the past two weeks – including influencer Terrie McEvoy, who works as a nurse in the capital. 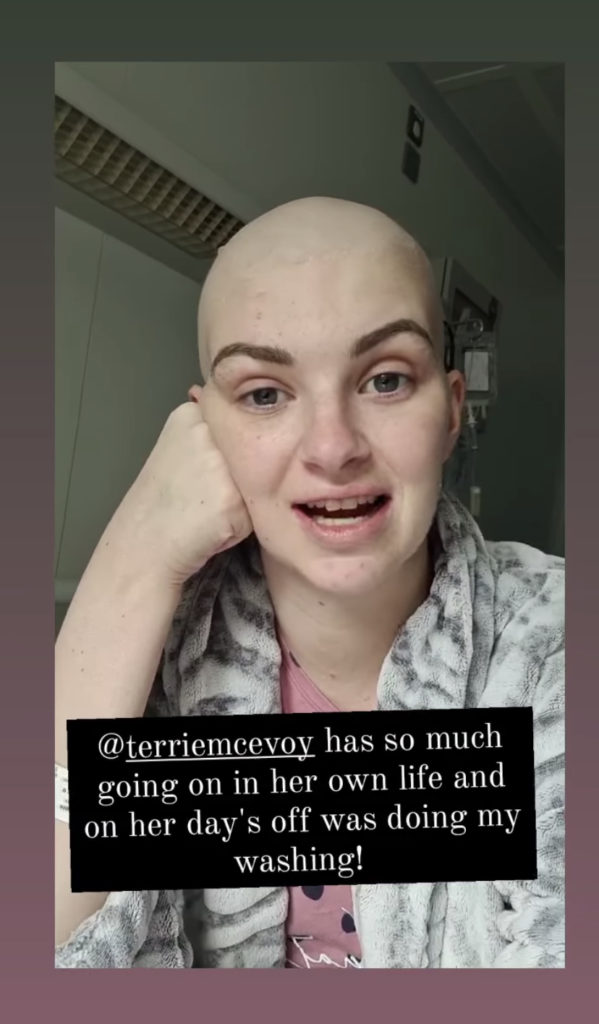 Shannen said: “I just wanted to say a massive thank you because without support from people on here, I just don’t know what I’d have done.”

“You all know that my family are down in Cork, so like its a long drive for them to come up and drop clean knickers to me and then go home again. Its like a 7 hour drive, not that they’d mind doing it, but I would just feel guilty about it.”

“Like Terrie McEvoy, she’s a nurse, she’s busy enough doing her own things… she’s been doing washing for me.”

The cancer patient said Terrie “never hesitated” to help her out, and her husband David sent in homemade juices for her immune system. 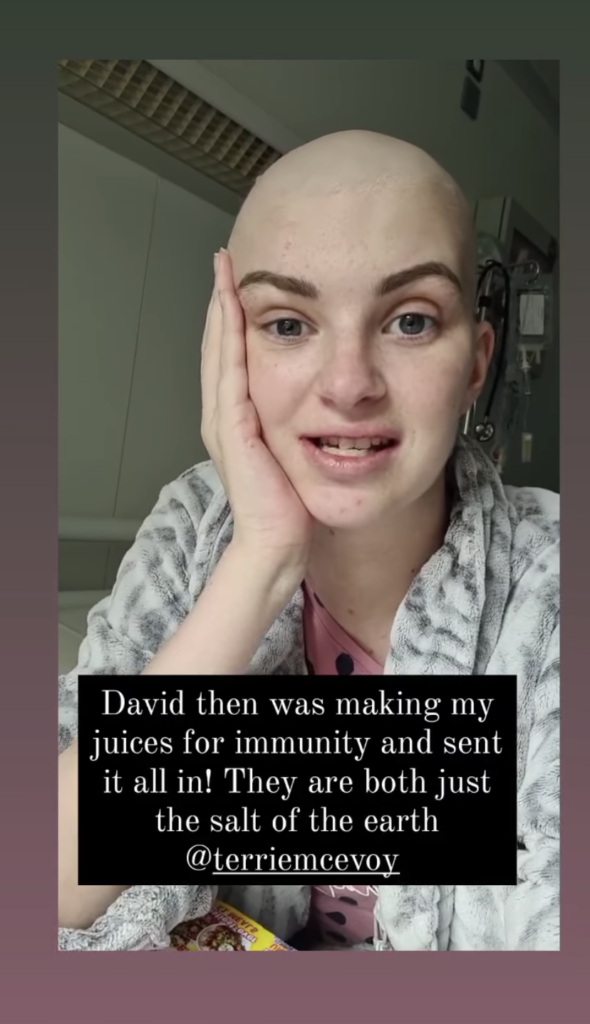 “David made me a green smoothie and sent it in… they have just been the salt of the earth, they really have, and never wanted recognition for it.”

“She’ll probably kill me for saying it on my stories, but I just wanted to say a massive thank you to her because she has no idea how much she has helped me.” 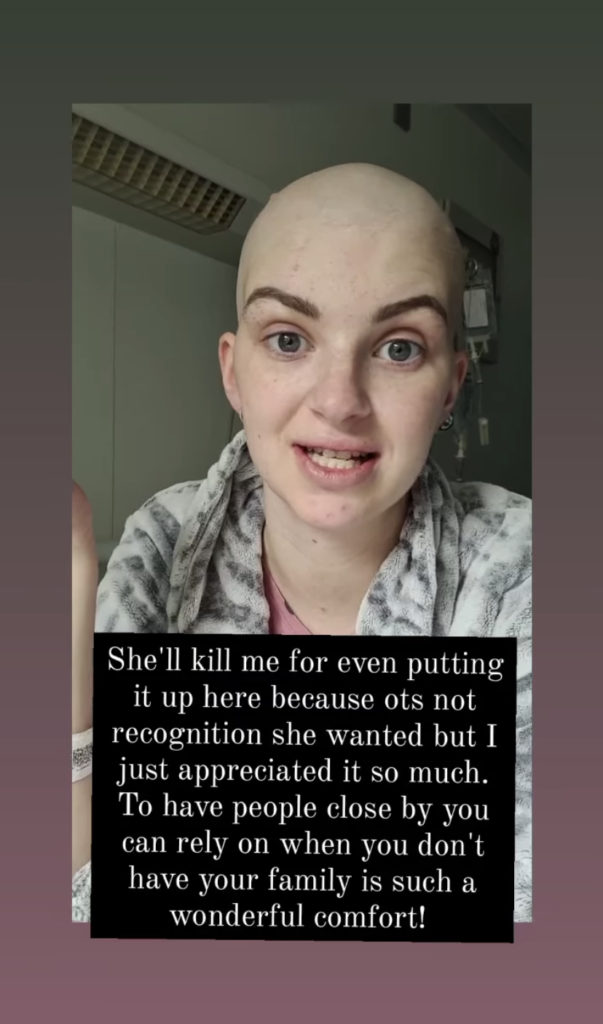 Replying to Shannen’s story, Terrie wrote: “The least we could do for you Shannen. Sorry you were subjected to @davidfitz1986 concoctions 😅.”

“Myself, David and Jake are sending love and strength #youvegotthis.”

The influencer returned to work as a nurse last year, amid the coronavirus pandemic.