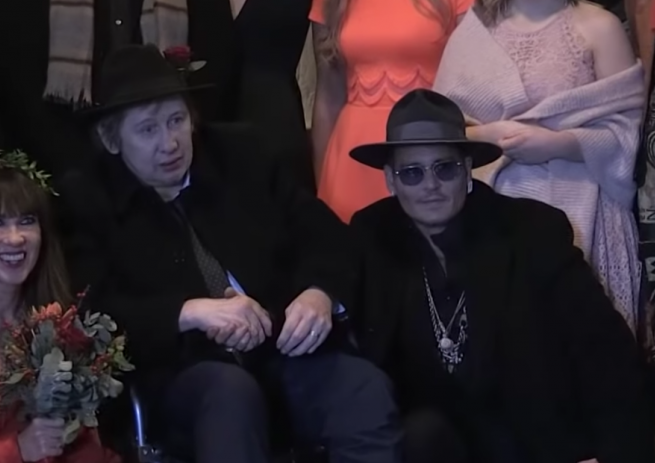 Shane MacGowan has penned an open letter to his “brother” Johnny Depp.

The Pogues singer shared the letter to Instagram on Saturday, as Johnny hosted a premiere of the documentary ‘Crock of Gold: A Few Rounds with Shane MacGowan’ – which he produced and starred in.

Shane wrote: “Hi Johnny, I often think you are the brother me and [my wife] Vic [Victoria Mary Clarke] never had!”

“Don’t even bother with people slagging you or lying about you. You’re a brilliant actor and a great musician and you’ve got a huge fan base who all love you and includes me and everyone I know.”

“So keep on doing what you’re doing. People talking to me always ask about you and I say I can’t talk about you except I’m pretty sure you’re happy and to use a rock ’n’ roll cliché, f**k the begrudgers,” the Irish star added.

Bono, Nick Cave and Gerry Adams also starred in the 2020 film, which offers a look into the life of Shane, who brought one of the most beloved Christmas songs – The Fairytale Of New York – to life.

The official synopsis of the film reads: “Crock of Gold – A Few Rounds with Shane MacGowen deep dives into the life of the tortured Irish vocalist, best known as the lead singer and songwriter of the Pogues, who famously combined traditional Irish music with the visceral energy of punk rock.

“Featuring unseen archival footage from the band and MacGowan’s family, as well as animation from legendary illustrator Ralph Steadman, Julien Temple’s rollicking love letter spotlights the iconic frontman up to his 60th birthday celebration, where singers, movie stars and rock ’n’ roll outlaws gather to celebrate the man and his legacy.”