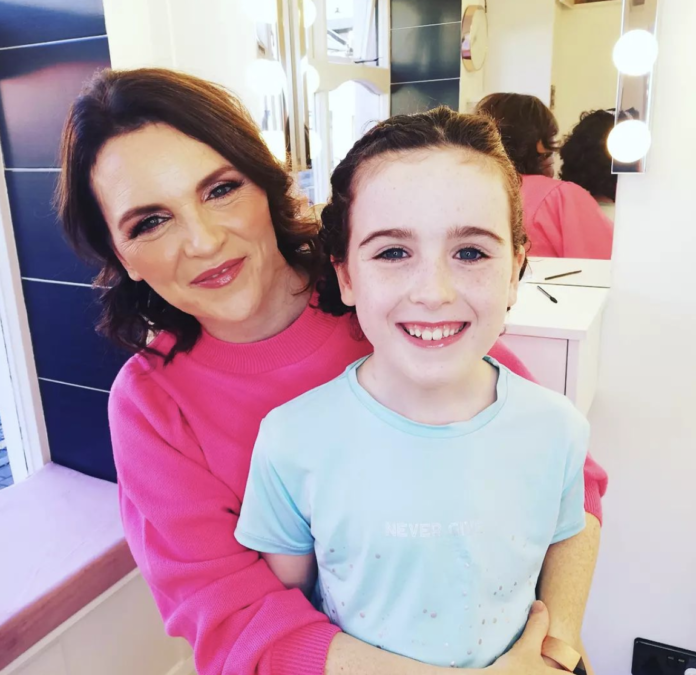 Saoirse Ruane’s mother has shared an update on her daughter’s condition, after she underwent life-saving surgery to remove a tumour from her lung.

The Galway native stole the hearts of the nation following her appearance on The Late Late Toy Show in 2020, with many admiring her strength and bravery.

The young girl told host Ryan Tubridy how she was diagnosed with a rare tumour in 2019, resulting in her leg being amputated.

Sadly less than two years after Saoirse appeared on the Toy Show, her parents recently revealed that her cancer has returned.

The 10-year-old appeared on The Late Late Show to talk about her diagnosis on Friday night, and won a lot of praise from viewers at home.

Days later, Saoirse underwent “major surgery” on Tuesday to have a tumour removed from her lung.

In a post shared on Instagram on Wednesday morning, Saoirse’s mum Roseanne confirmed her surgery went as planned.

Sharing a photo of Saoirse’s favourite teddy Slush, she wrote: “Just a quick update to let you all know that Saoírse’s surgery went as planned. She is comfortable and recovering in ICU with SLUSH by her side.”

“This is the first of many steps on this difficult journey! We are so happy and grateful to be sitting here beside her.”

“We are so thankful to her surgeon and her amazing team here in Crumlin Hospital 🙏 thank you for your continued support,” she added.

Earlier this week, Roseanne had told their Instagram followers that they were “very frightened” about Saoirse’s surgery as there were “risks involved”.