Saoirse Ruane’s mother has shared a heartbreaking update on her cancer battle.

The Galway native stole the hearts of the nation following her appearance on The Late Late Toy Show in 2020, with many admiring her strength and bravery.

The young girl told host Ryan Tubridy how she was diagnosed with a rare tumour in 2019, resulting in her leg being amputated.

Sadly less than two years after Saoirse appeared on the Toy Show, her cancer has returned.

The 10-year-old appeared on The Late Late Show to talk about her diagnosis on Friday night, and won a lot of praise from viewers at home.

Saoirse’s mum Roseanna has since revealed that her daughter will undergo “major surgery” to have a tumour removed from her lung on Tuesday.

In a post shared on Instagram on Sunday night, she said there are serious risks involved, and that they are “very frightened”.

She wrote: “Update. Please bare with us as this is a long emotional post. Thank you all for your messages, prayers, candles, words of encouragement, relics, mass cards & gifts. The love you have all shown us has been astounding.”

“What we share with you, we share openly as you all have been & continue to be such a huge support to us. In between appointments & rehearsals last week we took the opportunity to spend some time together as a family with Saoírse.”

“We are so grateful to Ryan @instatubridy & his amazing team (special mention to Kathryn, Danielle, Jane & Neassa) for their support, kindness & love shown to us & not forgetting Dee Forbes for her kind words,” she continued.

“While in Dublin we were asked to attend a meeting with our team Friday afternoon. We didn’t know what we were going to learn but we were hopeful we would be one step closer to a plan. We travelled to Crumlin but attended this meeting without Saoírse, at her request.” 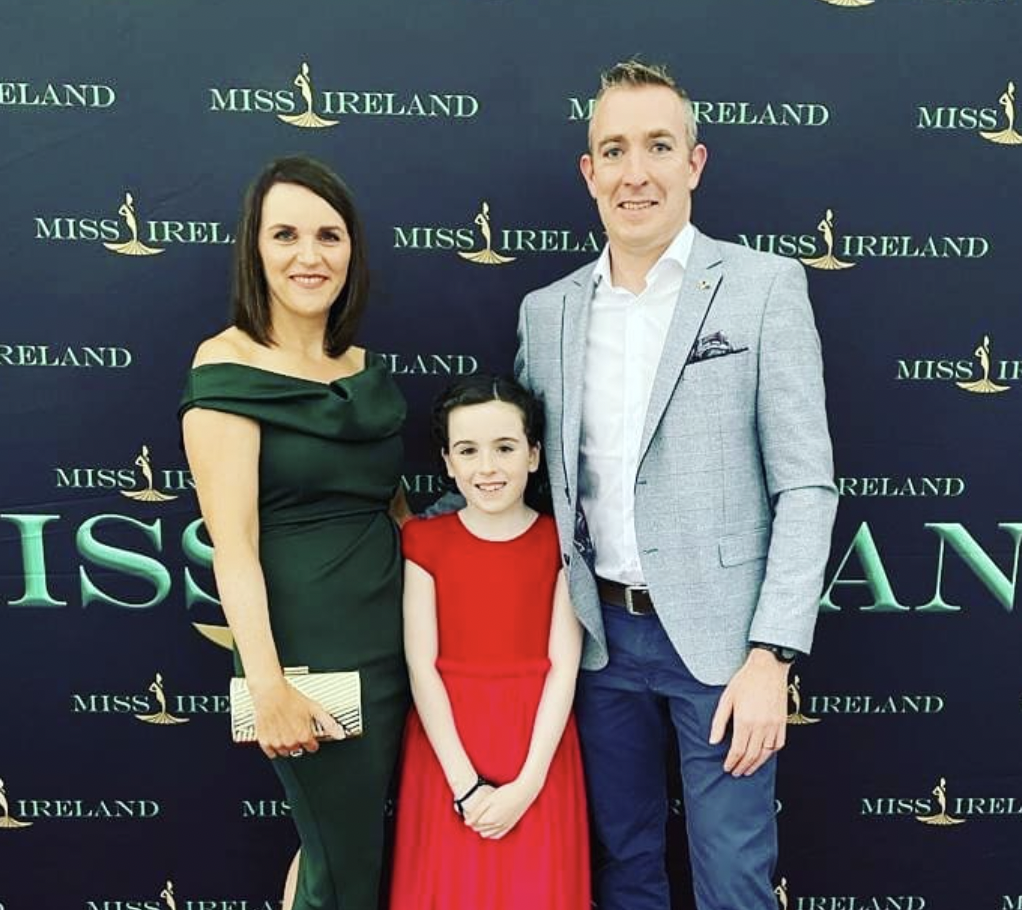 “It was very emotional & hugely intense hanging on every word we were hearing.
We then travelled back to our hotel in complete silence with Saoírse & we parked what we had learned a few hours previous ahead of her special appearance on the @latelaterte.”

“This was incredibly difficult but we are grateful for the strength that was sent our way & the compassion that was shown to us. We had a wonderful night & most importantly Saoírse felt so very special!”

Roseanne went on to explain the outcome of their meeting at the hospital.

“As with Saoírse’s previous tumour in her tibia, this tumour is rare in its position & is located in her lung,” she wrote. “As a result of our meeting on Friday Saoírse is to have surgery to remove her tumour this coming Tuesday.”

“The tears rolled down our cheeks as we sat & listened to the risks involved but we have faith in our team & we leave them now to take care of our very special girl.”

“This to us is major surgery so we are very frightened. This to Saoirse is ultimately ‘the fight of her life’.”

Roseanne concluded her post by writing: “We ask you to Please keep Saoirse in your hearts as we go forward now & take this first step in a long road to keep her where she truly belongs… here with us.”