Ryan Tubridy has told the tale of the time that he saved an infant from falling down a full sized escalator stairs.

The TV and radio presenter revealed that while shopping in his local shopping centre, he saw a baby in a buggy who was about to topple down the escalator.

“So I was at the bottom of it, looking up towards the top and this all happened in slow motion,” he said on his RTE One Radio Show.

“At the very top, there was a mum with a buggy, with a child of about 18 months in the buggy, eating what looked like a cinnamon swirl,” he detailed.

He continued, describing how he saved the baby from certain injury. 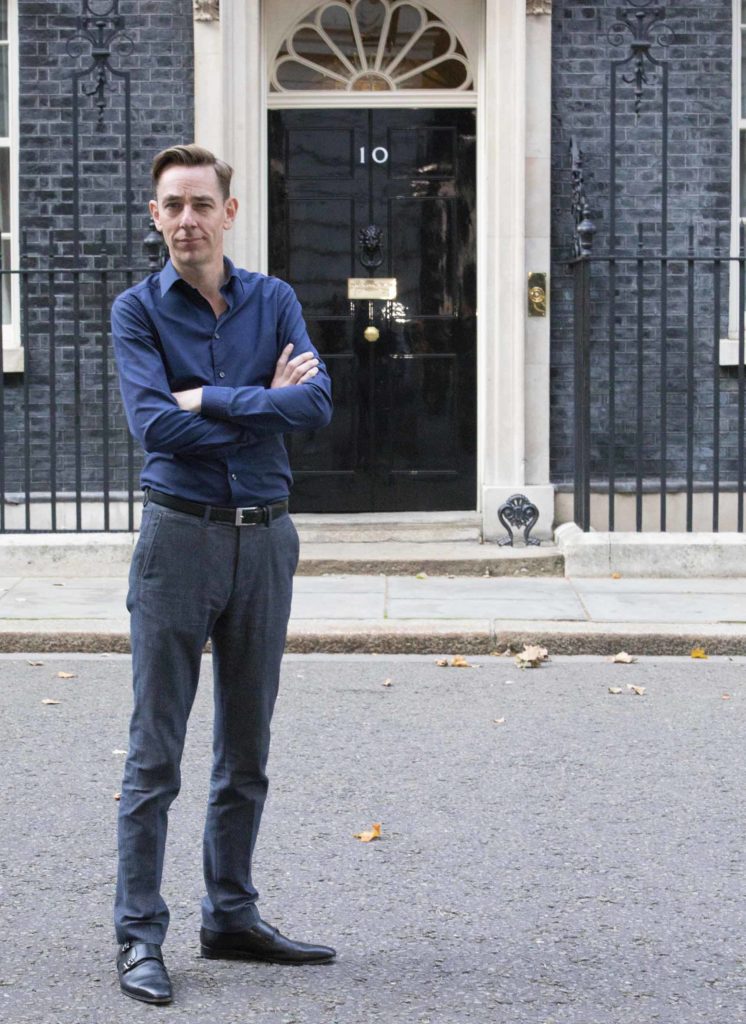 “The buggy was released, I look up and all I see hurtling down the escalator is runaway baby with cinnamon swirl snapped in half.”

“I crouched, put my arms out and stopped the buggy in its tracks.”

Ryan went on to explain that the freak accident was no one’s fault, but that it all worked out that the baby was safe.