Ruth Negga is set to star alongside Brad Pitt in a sci-fi film called Ad Astra.

The Oscar-nominated actress will join the Hollywood hunk as well as Tommy Lee Jones for the movie.

Unfortunately, no details have been given regarding her character yet, and it isn’t clear how many more primary roles still need to be filled out.

Sci-Fi: Ruth will star alongside Brad Pitt in a new film | WENN.COM

The Hollywood Reporter reveals that the story centres on one man’s journey across the solar system to find his long-missing father, a “renegade scientist who poses a threat to all mankind.”

The first report on this project back in June revealed that Brad Pitt is playing Roy McBride, described as a “slightly autistic space engineer,” who sets off on a journey to find his father.

His father disappeared 20 years ago on a mission to Neptune where he went in search of intelligent life on the planet. 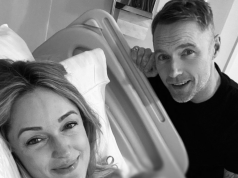