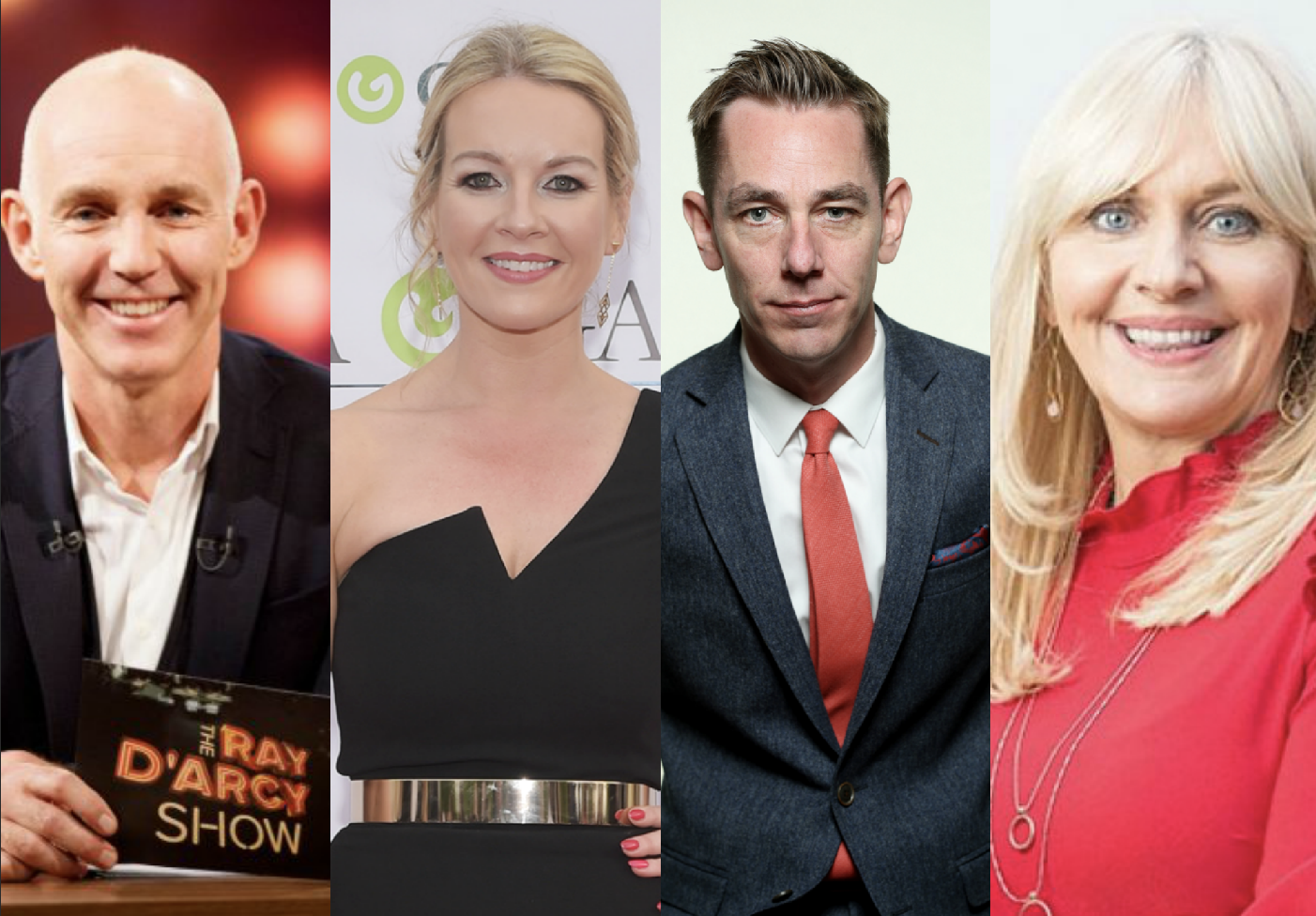 RTE have released the salaries of their Top 10 highest paid presenters – and Ryan Tubridy is number one.

The presenter has hosted the Late Late Show for over a decade now and hosts his own radio show on RTE Radio 1.

In new figures released, RTE revealed they continue to bring down presenter salaries by 30% revealing the payment amounts for 2016.

Listen to our latest episode of The Gosscast, where Goss Boss Ali Ryan chat to top Irish influencer Louise Cooney about getting into fashion, living life in the limelight and the Victoria’s Secret fashion show.