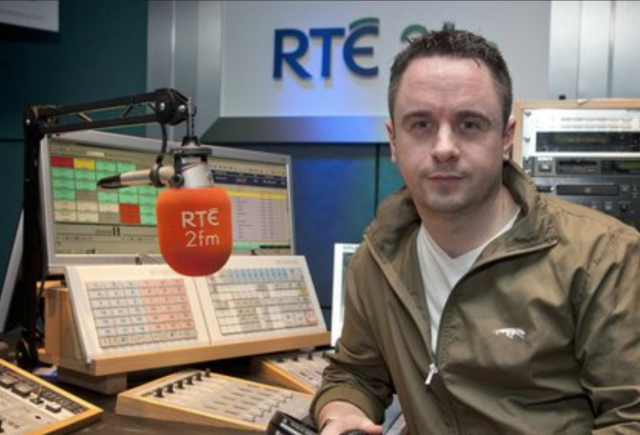 RTÉ have paid an emotional tribute to Alan McQuillan, following his sudden death on Wednesday at the age of 36.

The 2FM DJ worked for RTÉ over the past 18 years, and he was much-loved within the station.

On RTÉ 2FM this morning, his friends and colleagues paid an emotional tribute to him on The Nicky Byrne Show with Jenny Greene.

In a statement, Alan’s colleagues at RTÉ said, “It is with profound sadness that we learned of the sudden and unexpected death of our colleague Alan McQuillan after a sudden illness.”

“Alan was well known and respected throughout RTÉ and was a talented member of our Radio family for almost 20 years. We will miss him dearly, and we send our thoughts and condolences to his family and to his many friends both inside and outside RTÉ.”

“The passing of Alan has come as the greatest shock to those who knew him. Alan was ubiquitous to the radio centre in every way. His wonderful kind character and his work ethic touched everybody and everything that came from radio, both on and off air.

“Across all stations presenters were desk trained by Al, pre-recorded programmes were scheduled by Al, outside broadcasts were operated by Al.

“In addition to Al becoming a regular on Radio 1 continuity, he was one of the longest serving on air voices synonymous with weekend music on 2FM. Al was truly a radio man,” the statement continued.

Sometimes there are no words. We lost one of our best friends this week. Going to miss you so much, Al. We all are. It won’t be the same without you. It really won’t

Alan McQuillan – better known to the Pulse FM crew as Al The Gardener. RIP 😔❤️ the show this weekend is for you pic.twitter.com/CRHAT4ElAs

“He had a very particular and professional approach to everything in his working life. He was beloved of all who knew him. His kindness, warmth and selflessness in dealing with his colleagues was one of his greatest strengths.

“A strength that earned him the friends for life he made in RTÉ, an RTÉ that he adored. Nobody understood the building and the people within it like Al, reflected in the sheer panic each year when Al would announce his annual leave dates! The radio centre is an emptier place in his absence and without him we are truly off air,” the statement concluded.

Our friend, will be missed so much by so many.