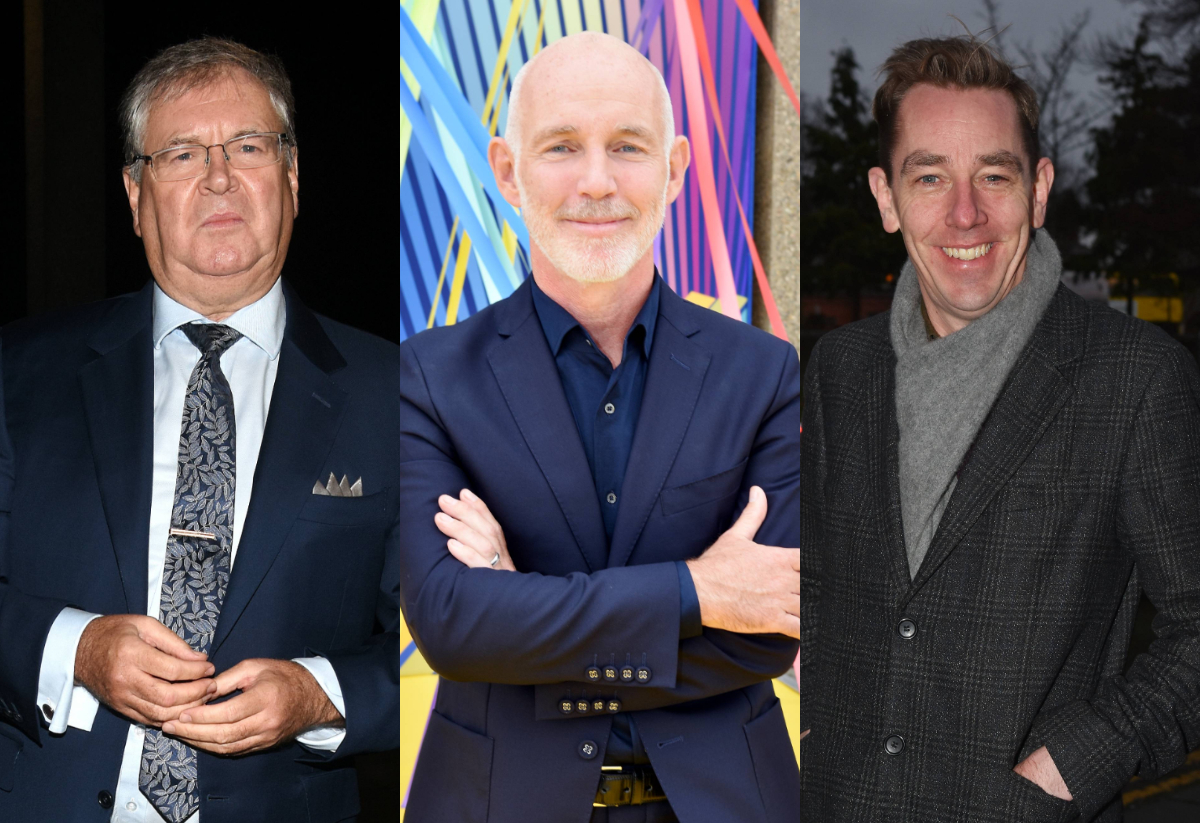 The broadcaster hasn’t shared such figures since December 2018, when figures dating back to 2016 were released.

Alongside the figures published today, RTÉ confirmed that fees paid to its highest-paid presenters were reduced by 15% in 2020, as part of cost-cutting measures.

Ray D’Arcy was second on the list with an annual wage of €450,000, and Joe Duffy was named the third highest-paid presenter. 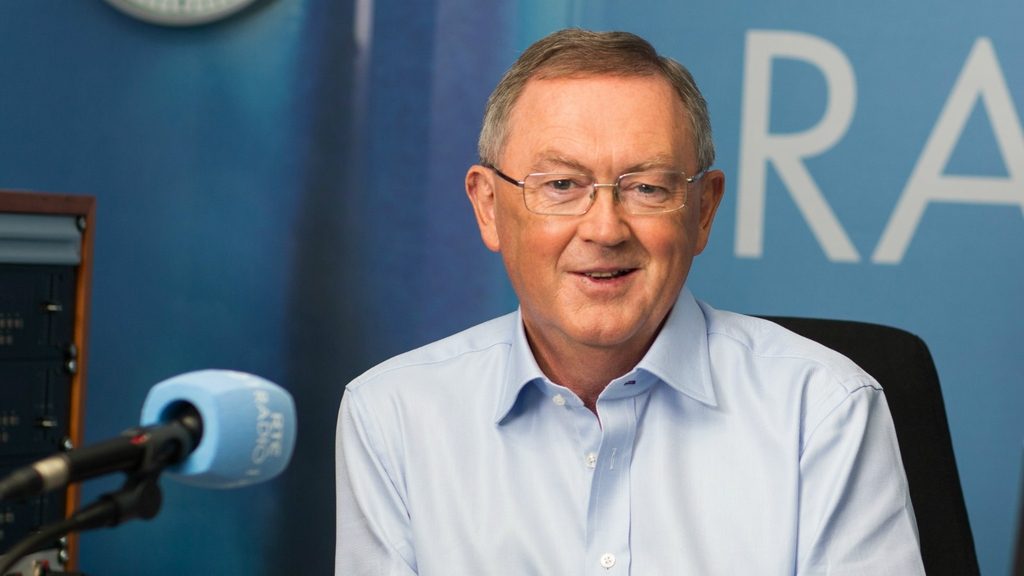 Only four women appeared in the top 10 list – including Miriam O’Callaghan, Claire Byrne, Mary Wilson, and the late Marian Finucane.

Miriam O’Callaghan was the sixth highest-paid presenter, recording a significant boost in earnings between 2017 – 2019.

Claire Byrne, who was seventh on the list, also recorded a boost in earnings over the three years.

RTÉ commentator George Hamilton was the eighth highest-paid presenter in 2017 with earnings of €191,496, but he was replaced by Brendan O’Connor in 2018 with a salary of €240k. 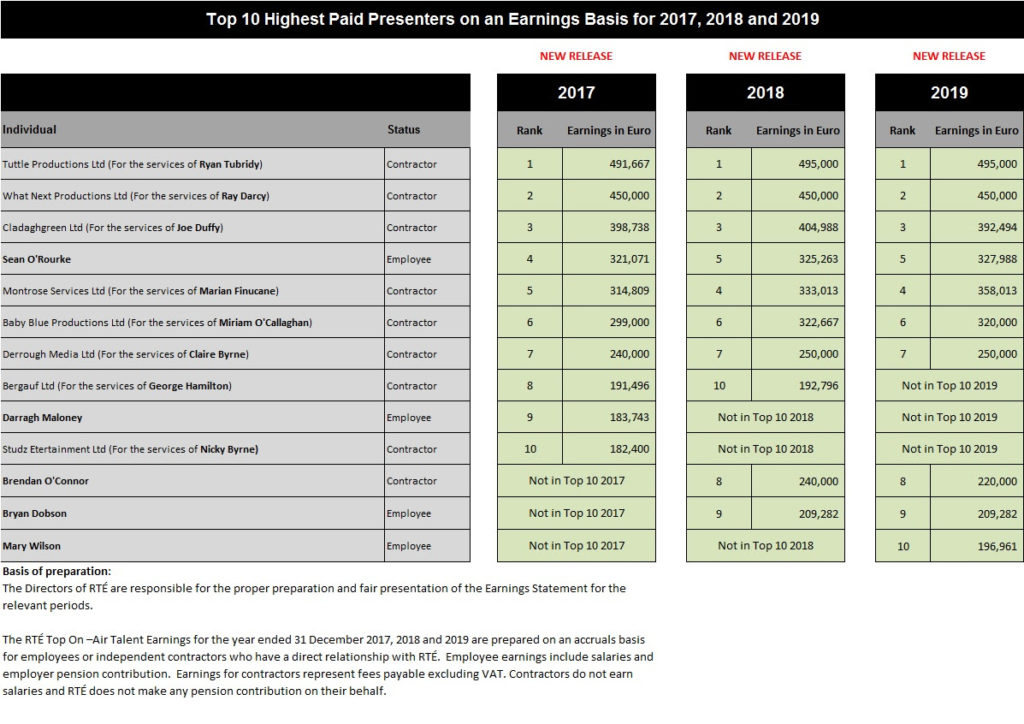 The Westlife star started hosting Dancing with the Stars in 2017 alongside Amanda Byram, before she was replaced by Jennifer Zamparelli in 2018.

RTÉ Director-General, Dee Forbes, commented: “Our presenters have been crucial to RTÉ’s output throughout this pandemic, as audiences turned to their national public media in record numbers for vital news, information, entertainment and companionship.”

“They continue to make a significant contribution to public media in Ireland and enable RTÉ to optimise important commercial revenue, which is essential to support our public services.”

“RTÉ has reduced overall annual operating costs by over €100m since 2008, and last year targeted additional savings of €60m over three years, which we are on course to deliver In that context, we continue to keep the fees of our highest-paid presenters under constant review.”