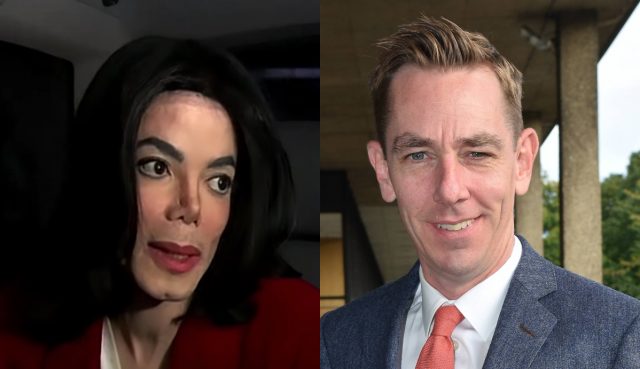 RTÉ have confirmed that they have “no plans” to playlist Michael Jackson’s music, over the shocking allegations made in Leaving Neverland.

The documentary, which aired on Channel 4 this week, details past allegations of child sexual abuse made against the late singer – focusing on accusations made by choreographer Wade Robson and computer programmer James Safechuck.

The four-hour long film has been described as “brutally upsetting”, and after watching it for himself, RTÉ Radio 1 host Ryan Tubridy said he would no longer play his music.

Following Ryan’s comments, and RTÉ spokeswoman told the Irish Sun: “As listeners may find the playing of Michael Jackson’s music insensitive, RTE has no plans to playlist his music at this time.”

During his show earlier this week, Ryan told his listeners, “I did leave with a very different relationship with the man’s music than I had going into it.”

“The chances are, you won’t hear one (of his hits) again on this programme being played again, because it just leaves one very queasy at the thought.”

“If a quarter of what those say happened to them at the hands of Michael Jackson, then we all have to sit down and reassess our approach to that pop star and that icon, and probably, I have to say, his back catalogue.”