RTÉ One have announced that family favourite and ratings hit Dancing with the Stars has been re-commissioned and will return to RTÉ One screens in the new year.

The Sunday night extravaganza drew an average weekly audience of 584,000 in its debut run and delighted viewers of all ages with the dancefloor stylings of stars including Aoibhín Garrihy, Katherine Lynch and Des Cahill, with footballer Aidan O’Mahony being crowned the winner.

RTÉ One Channel Controller Adrian Lynch said, “We’re very proud to bring this spectacular show back to Irish audiences. Dancing with the Stars has been an enormous success, with an average 40% share across the series.

“We saw an increase in share in all ages groups – particular among children. Time and time again audiences have responded strongly to shows that have a family appeal, proving that RTÉ continues to bring people together for must-see moments.

“Dancing with the Stars is one of the big jewels in the crown of our New Season, the full details of which we’ll be announcing later in the summer. We’re looking forward to working with ShinAwil Productions again on this exciting show.”

Meanwhile, Larry Bass, CEO of Shinawil said, “We’re delighted to be back producing such a sensational show after a fantastic first run. I look forward to the search for more fleet-footed celebs to be put through their paces and light up our screens this year.” 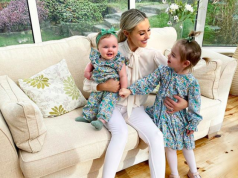 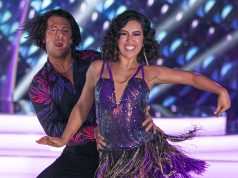