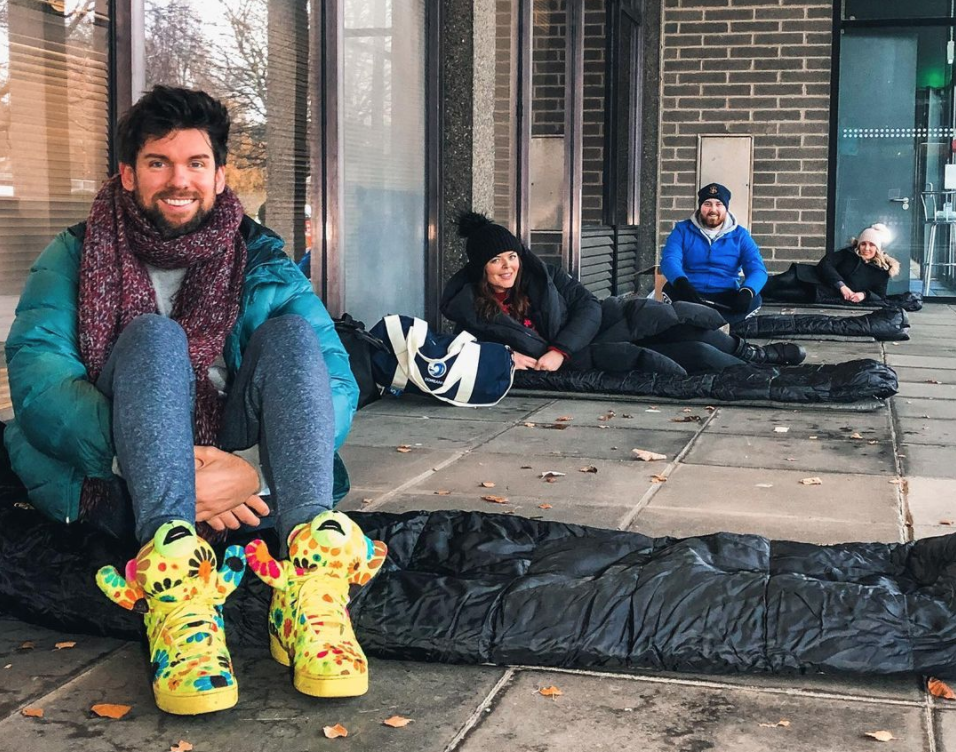 Doireann Garrihy and Eoghan McDermott helped raise over €100k for the Society of St Vincent de Paul over the past 24 hours.

The radio presenters, who host 2fm Breakfast, were joined by their colleagues Emma Power and Aindriú de Paor on Wednesday night as they slept rough to raise funds for the deserving charity.

Over the past 24 hours, the RTÉ 2fm stars were supported by some well-known faces – including singers Gavin James, Danny O’Reilly, Aimée, and Róisín O.

They also boosted donations by giving away some amazing prizes – including hotel stays, and a meet & greet with Dermot Kennedy.

After they finished their fundraiser this morning, the 2fm Breakfast team managed to raise over €104,000 (and counting!) on their GoFundMe page.

Wrapping up their radio show this morning, Doireann and Eoghan thanked everyone who donated and supported their fundraiser – and promised the money raised will help a lot of families this Christmas.