Roz Purcell has shown off a dramatic new look on social media.

The 30-year-old filmed a makeup tutorial on her Instagram Story this morning, wearing a clip-in fringe.

The influencer said: “Good morning guys! Yes I have a fringe on – it’s fake, don’t worry I have not cut my hair.” 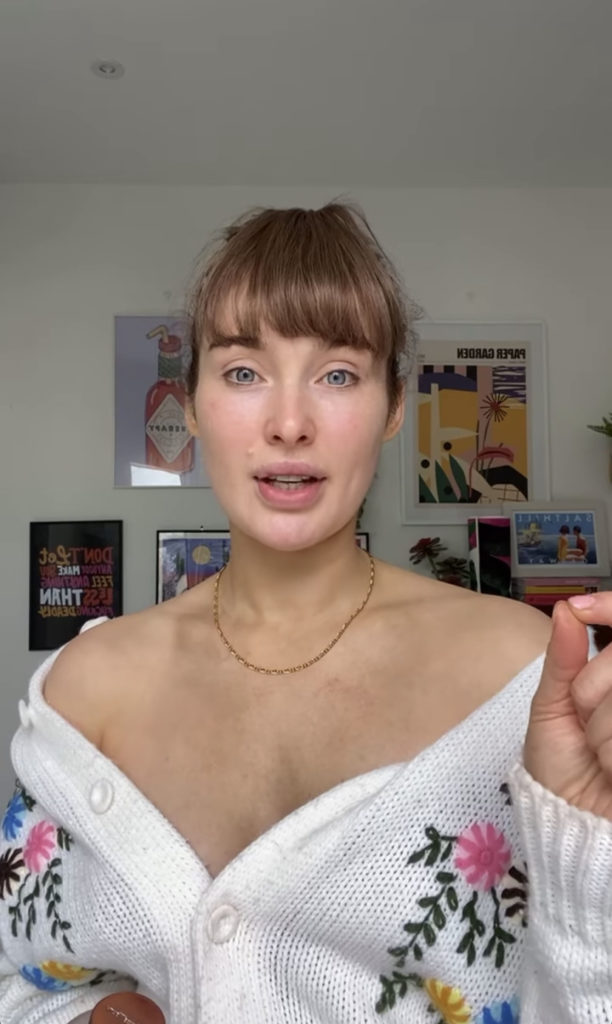 Roz explained: “I’ve been contemplating getting a fringe for so long now that I was like ok, I need to get a fake fringe and actually wear it for a few days to see how annoying it is so I stop wanting a fringe…”

“And already I’m like that just took so long to style it,” she laughed. “Cause I’ve got curly hair, so I feel like if I get a fringe I’d have to straighten it a lot.”

“I love curly fringes on people but my hair isn’t nice curly, like ringlet-y, so it might be an issue…”

At the end of her makeup tutorial, Roz then put up a poll asking her followers if she should take the plunge and get a real fringe. 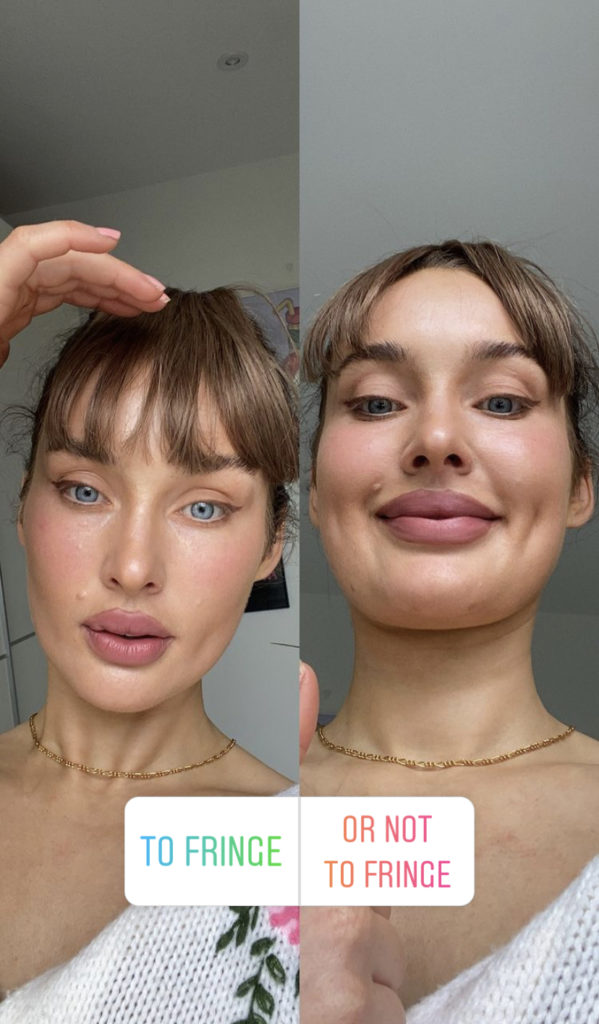