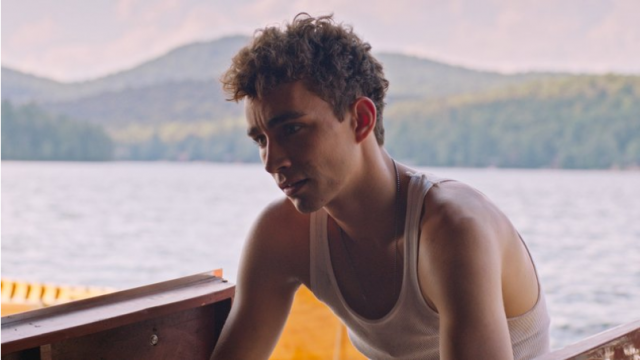 Robert Sheehan has revealed that he is ‘immensely proud’ of his character in ‘The Song of Sway Lake.’

The film tells the story of a young record collector Ollie, played by Rory Culkin, and his friend Nikolai, played by Robert, who go to Ollie’s family’s lake house to find some old valuable records that belonged to his late father.

‘The Song of Sway Lake’ was filmed a number of years ago, and will finally be available to Irish viewers on January 21.

Once again in the right format, The Song of @SwayLake by @arigold available now in the US on @iTunes, and on the inside of your eyelids if you do a tab of acid and eat a lock of Rory Culkin’s hair at EXACTLY the same time

He continued to praise his character and expressed how important he was to him: “I watch that film now and I’m immensely proud of Nikolai. So he’s one that’s definitely stuck with me.”

“And one as well, it’s interesting when it happens, but as you get older you look back and think, ‘Could I still play him?’ I’m not sure if I could, and that’s a nice feeling, it’s completely of its time. I’m still proud of it.”

The former Love/Hate star said he got a ‘gut feeling’ about the character: “I think you get pickier with age you know, but definitely with this character, had he come along at any point I would’ve gotten that same feeling.”

“I think when you’re younger and you’re trying to choose what’s best for you, you’re in far more of an accepting place because you’re just really, really eager to work and make stuff and be active and be autonomous.”

Popped my fashion show cherry and rubbed shoulders and knees with lots of bright young things last night thanks to @zegnaofficial @alessandrosartoriofficial I chose this suit cos it reminded me a bit of a vintage Sesame Street character (it’s all furry). #zegnaxxx #ZegnaFW19

“I think the more you get on, the more you tend to try to editorialise a little bit and sometimes it involves making decisions that are way more difficult and counter-intuitive, but with this character there was no question about it, it was a fabulously interesting character to play.”