Rachel Gorry in tears as she reveals amazing news

Rachel Gorry has broken down in tears as she shared some amazing news.

The Irish influencer started a fundraiser earlier this month ahead of the first anniversary of her husband Daniel, who sadly passed away after a battle with Stage 4 cancer in April last year.

Sharing the news of her fundraiser, the mum-of-three wrote: “Daniels 1 year anniversary is coming up on the 1st April 💔 Since Daniel passed I have wanted to do a fundraiser in his honour but never felt I had the strength to do so until now.”

“The care Daniel received from all the amazing nurses and doctors was incredible and they showed so much kindness to my family throughout it all. I could never thank them enough for that.”

“So I am hoping to raise money for the oncology ward in Tullamore Hospital and the Oesophageal Cancer Charity.”

The Instagram star revealed a host of prizes are up for grabs, including tickets to Electric Picnic for next year, a €500 voucher for Penneys, and a night’s stay at the Galgorm resort.

To enter the raffle, the Gossies 2021 Newcomer Of The Year winner asked her followers to donate €5 or more to the link in her bio, before commenting “Done” and tagging friends in the post.

The initial fundraising target was for €5k, but as of Tuesday morning, over €120k has been donated.

Taking to her Instagram Stories on Monday as the fundraiser reached €90k, Rachel said through tears: “It’s just incredible. I know how much it’s going to mean to the charities. They’re amazing, amazing charities and it’s just so close to my heart.” 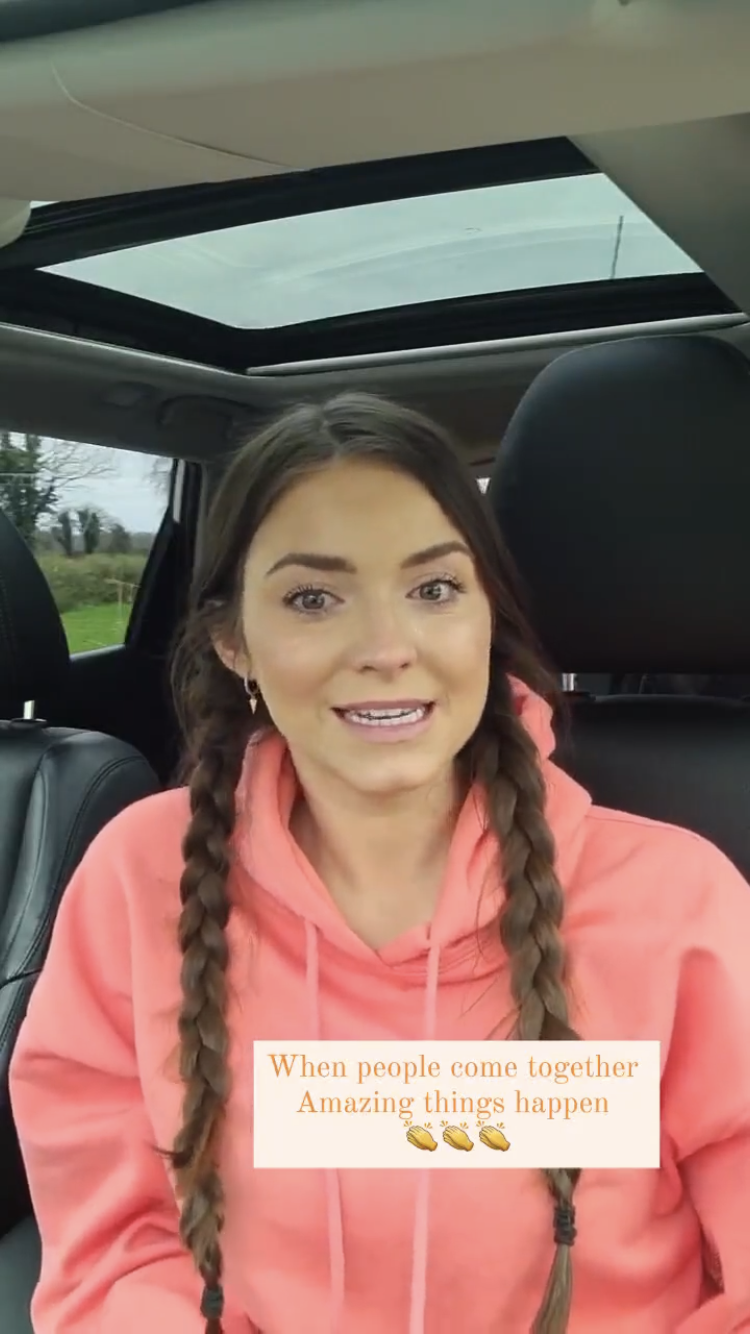 “With Daniel’s one year anniversary coming up, it’s hitting me quite hard. A lot harder than I could’ve ever imagined. To know that you have raised €90,000 to be split between those two amazing charities that are going to help people that are going through this awful disease just means the absolute world to me.”

“Social media isn’t always a great place but it just goes to show you that when people come together, amazing things can happen,” she added.

“If I could just stop one family from going through the devastation that my family have had to go through, then that would be absolutely amazing.”