Pippa O’Connor has named and shamed an Instagram account which appears to continually send her rude messages.

Sharing a screenshot to her Instagram stories, the model-turned-influencer revealed that one trolling account – which is on private – sent her multiple mean messages. 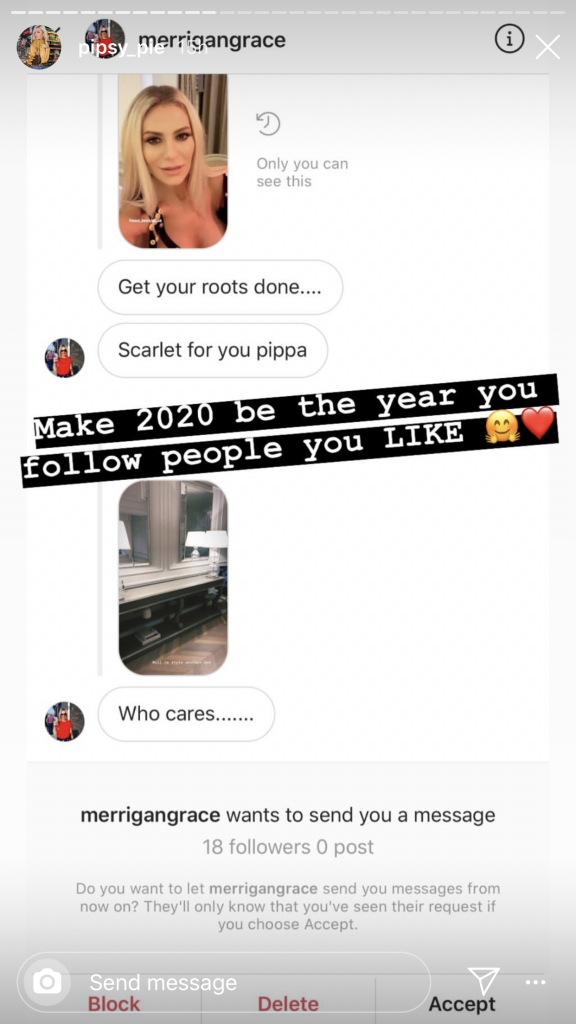 “People are outraged by that comment… the ‘who cares’ and ‘get your roots done.'”

“That picture wasn’t even me that she was referring to but thats not the point.”

Laughing, she said: “If I shared some of the things that people say to me I could nearly write another book on the mad, inappropriate things. That’s nothing.”

“To be fair for the amount of people I have following me I think I’m very lucky. 99% of people that follow me are lovely.”

Pippa has just returned from Dubai with her husband Brian Ormond and their two children, where they were enjoying a post-Christmas break. 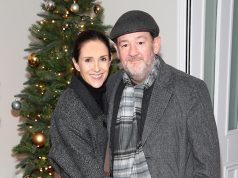 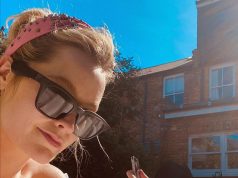