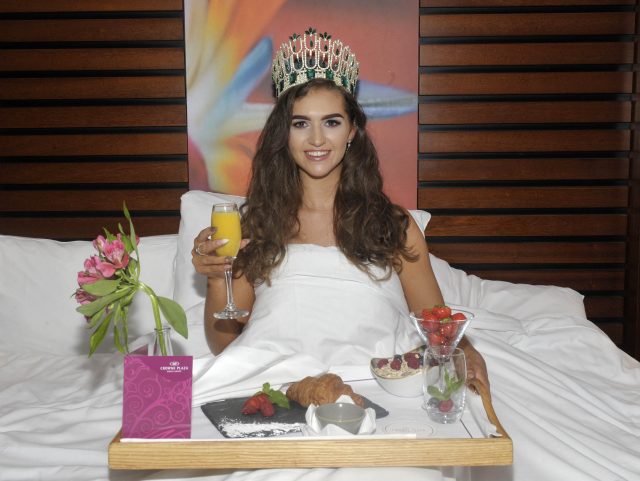 Entering as Miss Donegal this year, the 18-year-old student wowed judges in the questions round when she was asked what she would do if she was Taoiseach for a week.

Speaking passionately about the mental health care system in Ireland, Lauren received a round of applause in a packed out room in the Crown Plaza, Dublin.

Speaking to the judges, Lauren said that she would make sure everyone in Ireland had someone to talk to and somewhere to go if she was in charge of the country.

The full time Beauty Therapist, who just took a year out from studying nursing, told Goss.ie she was still in shock at winning the crown.

“I don’t know how I feel but I feel amazing,” she admitted. “I’m so overwhelmed and shocked.”

“It’s been a fantastic contest, the organisers were amazing and all the girls have been great.”