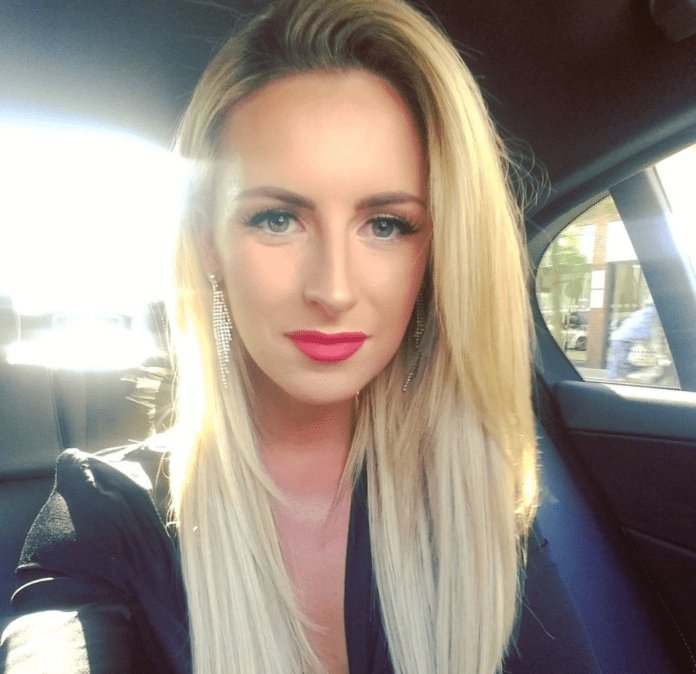 Michaella McCollum has confirmed that she’s pregnant with her first child.

The 24-year-old, who spent over two years in jail on cocaine smuggling charges, announced the news on Instagram after she was spotted browsing for baby clothes.

Posting a similar snap to Khloe Kardashian’s pregnancy announcement, Michaella shared a picture of her showing off her baby bump in Calvin Klein underwear.

Michaella wrote, “Wow had some crazy dreams… guess that’s what happens when your dreaming for more than one.”

Wow had some crazy dreams… guess that’s what happens when your dreaming for more than one.

In the snap, the expectant mother can be seen lying between a man’s legs.

Michaella confirmed the news just days after she was spotted looking at prams with a mystery man in Mamas & Papas in Belfast.

The former model was jailed for six years in December 2013 after admitting to smuggling 11kg of cocaine into the country with Scottish pal Melissa Reid. She served just over two years in prison.

The former drugs mule is set to publish her first book, due out in the summer, for which she was reportedly offered a deal worth £250,000.

Check out all the top stories on the Daily Goss: