Paul Mescal celebrated his first Emmy nomination with champagne and friends this week.

The Kildare actor marked the milestone on Tuesday night with bubbles as he celebrated the news that he is up for Leading Actor in a limited series at the glitzy awards show.

Paul, 24, is up for his role in Normal People, where he played Connell Waldron alongside Daisy Edgar-Jones who played Marianne. 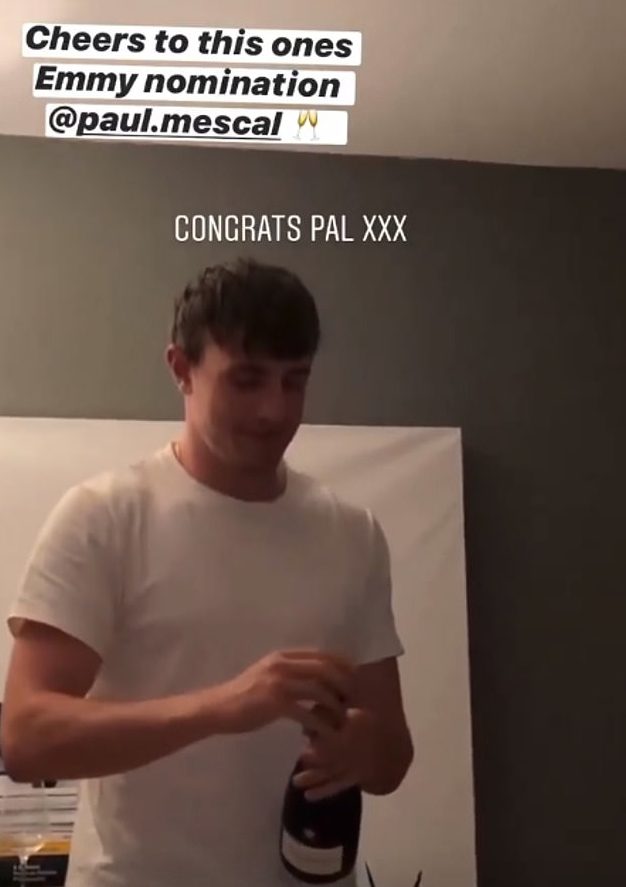 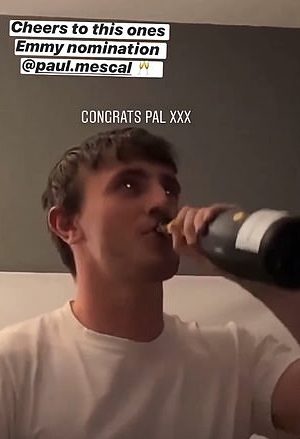 Close pal Samira Memedovski shared a video of the star celebrating with champagne.

“Cheers to this ones Emmy nomination. Congrats pal,” she wrote.

My actual face right now! Thank you to absolutely everyone @element_pictures, @hulu and @bbcthree! Lenny I will forever been indebted to you❤️. @daisyedgarjones this only exists because of you and extraordinary talent end of! Thank you for all your beautiful messages I’m gonna go away and cry now x

However actress Daisy Edgar-Jones was noteably left out, leading both Paul and director Lenny Abrahamson to share tributes to the star.