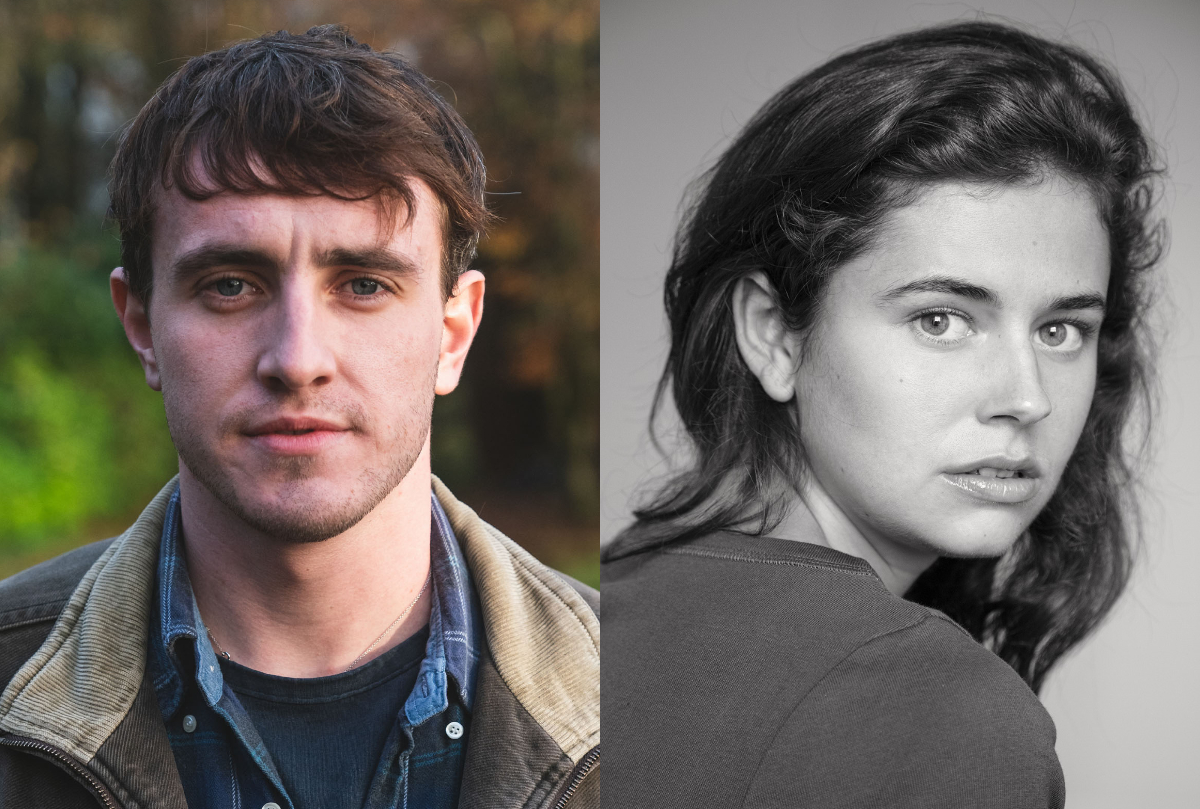 Paul Mescal has congratulated his friend Alison Oliver on landing a lead role in the TV adaptation of Sally Rooney’s first novel, Conversations with Friends.

The Cork native has been cast as the book’s lead character Frances, which was announced by Element Pictures on Wednesday.

After the news hit headlines, Paul took to Instagram to congratulate Alison – who attended the same drama school as him, The Lir Academy in Dublin. 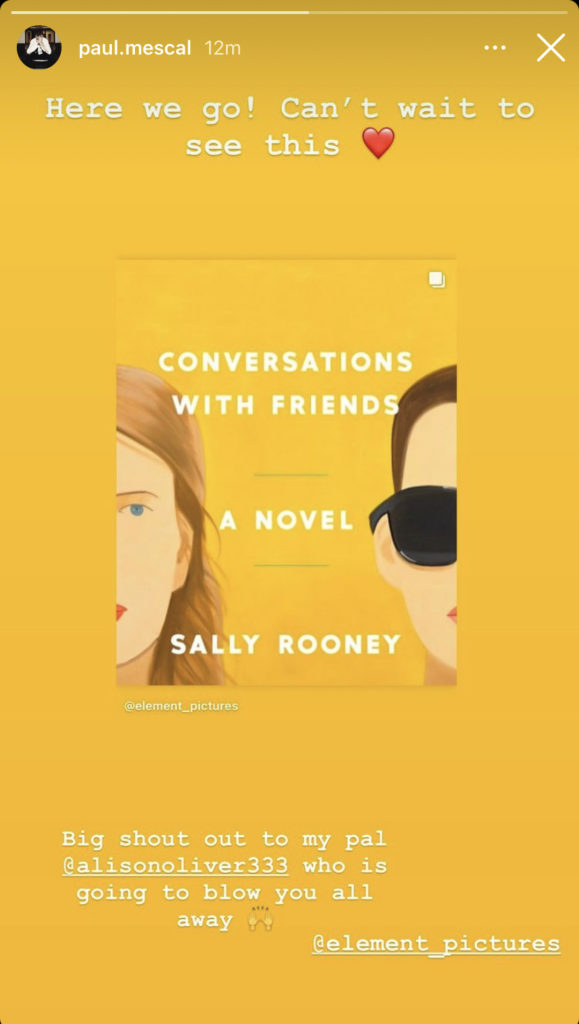 Posting a photo of the book cover on his Instagram Story, the 25-year-old wrote: “Here we go! Can’t wait to see this.”

“Big shout out to my pal @alisonoliver333 who is going to blow you all away,” he added.

The Maynooth native has since landed multiple award nominations, and some huge movie roles.

Alison has been cast in Conversations with Friends alongside American actress Sasha Lane, who will play Bobbi; former Girls star Jemima Kirke, who will play Melissa; and British actor Joe Alwyn as Nick.

The series will follow college student Frances (Alison), as she navigates a series of relationships that force her to confront her own vulnerabilities for the first time.

Element Pictures is once again collaborating with director Lenny Abrahamson and writer Alice Birch on the 12-part series, who will work alongside writers Mark O’Halloran (Rialto), Meadhbh McHugh (Asking For It) and Susan Soon He Stanton (Succession).

Filming will take place this year in Dublin, Belfast and international locations yet to be confirmed, with Lenny Abrahamson sharing directorial duties with Leanne Welham (Pili, His Dark Materials).

Lenny Abrahamson, Executive Producer and Director, said: “I feel so excited to be collaborating with four such superb actors to bring Sally’s brilliant novel to the screen.”

“Over the last few months it has been a privilege to work alongside Element Pictures and our extraordinary team of writers to get the scripts to a point where we all feel so excited to start shooting.”

“I’ll be joined by a world class crew (many of whom worked on Normal People) and supporting cast and I’m particularly happy to have Leanne Welham come on board. I’ve been an admirer of her work for a long time and I have no doubt she will bring great skill and subtlety to the episodes she directs.”

Ed Guiney, Executive Producer and Company Director of Element Pictures, added: “Alison, Sasha, Joe and Jemima are the dream cast to lead Conversations With Friends and all of us at Element are so excited about the incredible scripts from our amazing team of writers which we have been developing with the oversight of the brilliant Lenny Abrahamson.”

“We can’t wait to start filming with Lenny, Leanne and our wonderful cast and crew to bring Sally’s extraordinary novel to the screen.”