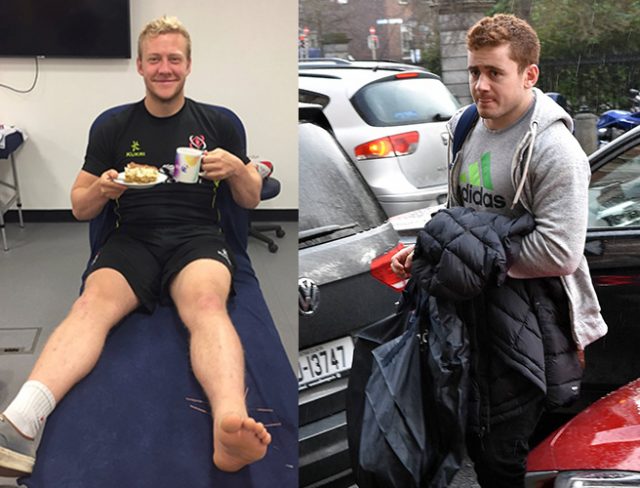 Following the completion of an internal review by the IRFU and Ulster Rugby both Paddy Jackson and Stuart Olding have had their contracts revoked with “immediate effect”.

The players were acquitted of rape charges two weeks ago and the outcome of their trial sparked protests nationwide.

Since the trial Paddy took legal action against Labour Senator Aodhán Ó’Riordáin which led to #SueMePaddy trending on Twitter.

Since the completion of the IRFU and Ulster Rugby’s review he has tried to reclaim his legal costs from the Public Prosecution Court for the nine-week rape trial. Stuart Olding sought legal aid during the trial.

Paddy released a statement to the Press Association stating, “I am deeply disappointed about the outcome of the IRFU and Ulster Rugby’s internal review. However, I recognise that my behaviour has fallen far short of the values expected of me as an international player, a role model for the game of rugby and as a son and a brother. I am truly sorry.

“Since I was a young boy it was my ambition to play for Ulster and Ireland and I am extremely proud, privileged and honoured to have done so. It is therefore with great sadness and regret but with many cherished memories that I leave that behind.”

“I would like to thank everyone who has supported me throughout this process. I have taken great strength from that support. I’d also like to thank Ulster and Irish rugby for the opportunities that they provided for me and I wish them, and all my former team mates, every success. My focus in the months and years ahead will be on rebuilding the trust placed in me by people throughout Ulster and Ireland.”

Stuart Olding’s statement reads, “It is with regret that I have been informed that the IRFU have decided to revoke my contract. As I said outside court following my acquittal, I am and will always be fiercely proud of having played for my province and country. I very much wished to continue to have the opportunity to represent them.”

“Regrettably, influences outside of my contractual arrangement have made it impossible for that to happen. I said outside court that the Stuart Olding that you read about in the trial is not the real Stuart Olding. The treatment that I have received since my acquittal, both fair and unfair, has made me even more determined to prove myself.”

“With the support of my family and friends I shall seek new challenges elsewhere. I bear no one any ill will. I am very sorry that this day has come to pass. To those who have supported me through these last 20 months and especially the fans who continue to support me, I thank you all.”

Good to be back! No digs to the face plz

Craig Gilroy, an Ulster and Ireland teammate of the pair, has been sanctioned for his contribution to the Whatsapp messages included in the court case.

Management of the teams released a statement confirming he would be banned for a further two weeks as a disciplinary procedure.

“Following a review of a text message sent by Craig Gilroy, the Irish Rugby Football Union and Ulster Rugby have sanctioned him, following a disciplinary process in accordance with the terms of his contract. Craig will be unavailable for team selection until 26 April 2018.”

Goss.ie reported from the #IBelieveHer protests in Dublin.