Made in Chelsea’s Nicola Hughes was seen partying with Cheryl’s ex Jean-Bernard Fernandez-Versini in London.

The two left the STK Ibiza pre-launch party together, which took place at STK London.

According to the Irish Mirror, the reality star was spotted sitting in the back seat of a car with JB after they left the event.

An insider told Goss.ie the two have “grown apart” in recent weeks and most recently the blonde beauty unfollowed Alex on social media.

Meanwhile, MIC star Alex posted a cryptic message on Twitter about their relationship earlier this week. 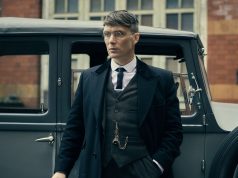 Molly-Mae Hague and Tommy Fury under fire on social media –...