Nicola Coughlan and Luke Newton will take the lead in season three of Bridgerton, as the show will focus on Penelope Featherington and Colin Bridgerton’s romance.

Confirming the exciting news on Instagram, the Galway native shared a black-and-white snap of her and her on-screen love interest.

The actress captioned the post: “Like Lady Whistledown I’ve been keeping quite a big secret for quite a long time… but I can finally tell you that @bridgertonnetflix Season Three is Colin and Penelope’s Story.”

Rumours swirled that Penelope and Colin’s romance would take centre stage in the next season on Bridgerton, after creator Shonda Rhimes revealed the show will not “necessarily” go in order of the books.

Season three of Bridgerton was expected to cover Benedict Bridgerton’s love life, but that season will more than likely be pushed back, as Netflix has now confirmed that Nicola and Luke will take the lead.

Speaking on her Instagram Story, Nicola added: “Bridgerton fans I hope we do you proud captaining this ship. We’re very nervous and excited and can’t wait for you to see #Polin’s story.” 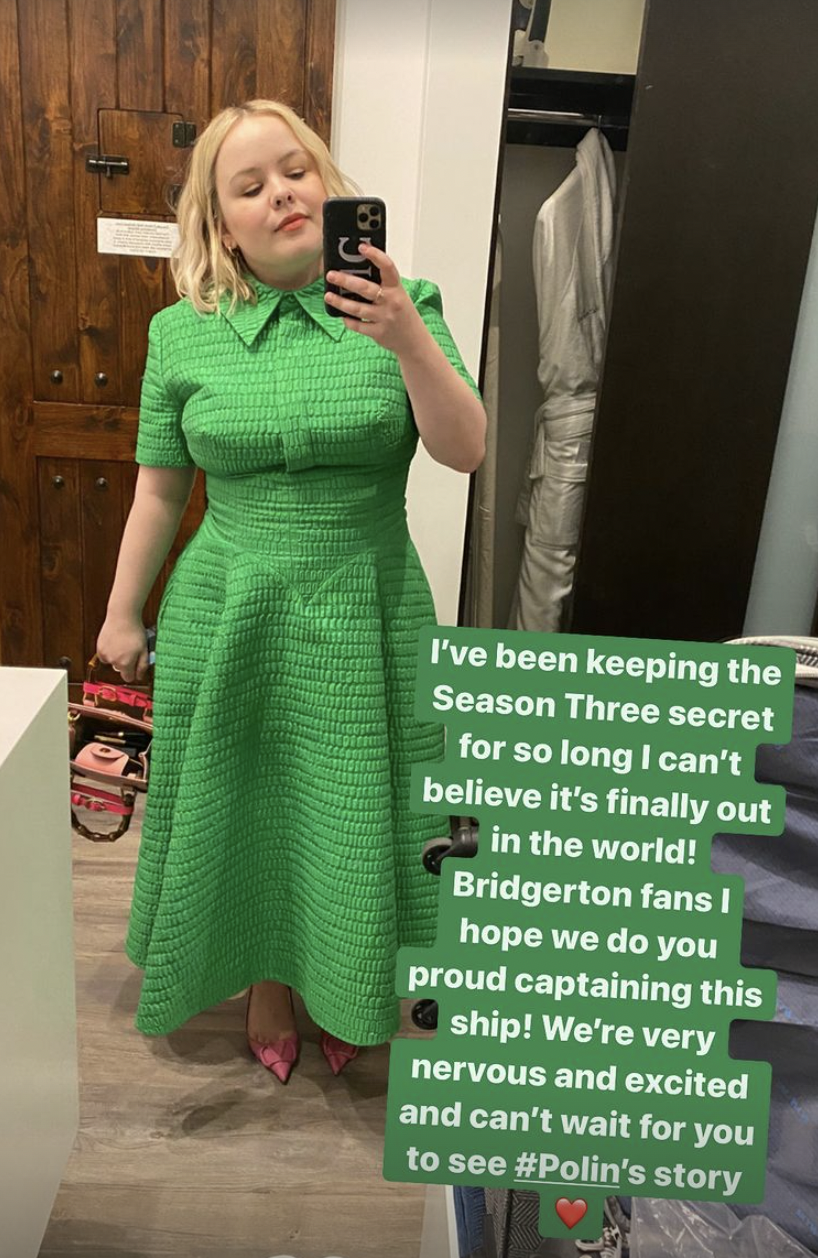 The 35-year-old previously told EVOKE that she was apprehensive about being the lead in the hit Netflix show.

She said: “It’s exciting and terrifying. I knew her love story was coming but I saw it as something very distant in the future.”

“Me and Luke keep joking about it but as that season comes closer it gets progressively less funny and more intimidating. Bridgerton is a big ship and it’s terrifying to think of being the captain.” The actress also told the outlet she was terrified of her family seeing her character’s racy scenes.

Nicola confessed: “I am genuinely going to ask Shondaland, and I am not kidding, for a family-friendly cut. It is embarrassing enough watching the scenes that I’m not in!”

“I am going to put a special request in my contract to ask for a PG version. Maybe just a little kiss! Then we’re good.”