One Direction star Niall Horan has been linked to Corrie star Brooke Vincent.

The soap star Corrie went backstage at the band’s Manchester gig last month – and now the pair are texting.

According to the Mirror, the pair have been texting and sharing videos via Snapchat and WhatsApp everyday.

Brooke is single after splitting with footballer boyfriend Josh McEachran and although Niall has been linked to Thalia Heffernan and Selena Gomez, he’s single too.

Band: Niall Horan with One Direction

“He’s been pretty open about how hot he thinks she is, and he’s told her he’d really like to take her out when they have a chance,” a source said.

“He has a few weeks off this month before the American leg of the tour – so he’s hopeful they might work it out.”

The pair had their photo taken together back in March.

Two years ago Niall admitted he fancied the Corrie actress, saying: “I like Brooke Vincent and Demi Lovato.” 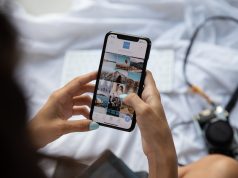