Miriam O’Callaghan has shared her feelings on the thought of retirement.

The 56-year-old broadcaster said that retiring is the last thing on her mind, and she doesn’t plan on slowing down any time soon.

She disclosed, “I’m going to be like Barbara Walters, who’s this American TV presenter in her late 80’s, is wonderfully talented and still does big shows all the time.

“So no, I’m never retiring. I love what I do and I’ll be doing it until they carry me out.”

Not Slowing Down: Miriam will not be slowing down career-wise anytime soon | RTÉ

Speaking at the launch of the Give Us A Song campaign in aid of the Caroline Foundation, Miriam also talked about taking New Year’s Eve off in order to spend time with family.

The RTÉ star said, “I stopped working on New Year’s Eve a good few years ago and it makes a big difference to your holiday.

“You don’t have to leave Dingle and come back up for the night. Yeah, I did nothing and just enjoyed myself, it was fabulous,” she told the Irish Independent.

The busy television star also touched on the subject of RTÉ’s latest show, Dancing With The Stars.

“I’ll be cheering them all on. I’ll be watching it, because I love the British version of Strictly,” she said.

When asked whether she would take part in the show, Miriam replied, “I would not offend the nation by getting up to dance. I do love to dance but I would not be the world’s greatest dancer, so no.” 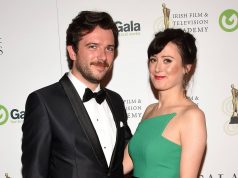