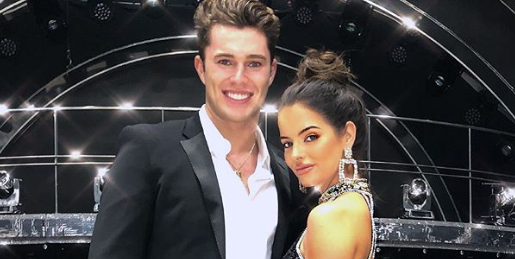 It’s official, Maura Higgins and Curtis Pritchard have finally taken then step in their relationship.

The Love Island stars revealed that they have finally taken their romance to the next level.

Speaking to OK! Magazine, Maura and Curtis revealed that after 3 months together, they are officially boyfriend and girlfriend.

“He asked and I said yes obviously,” the Longford beauty told the publication.

“He took me away for a weekend break, and he asked me out over dinner in London the next day.”

23-year-old dancer, Curtis, who orchestrated the romantic proposal said he wants a relationship that will last.

“I want something that’s going to last forever. There’s no point in rushing thing. We’ve only known each other a short amount of time,” he said.

The couple, who have faced a lot of criticism, don’t seem to take the negativity to heart.