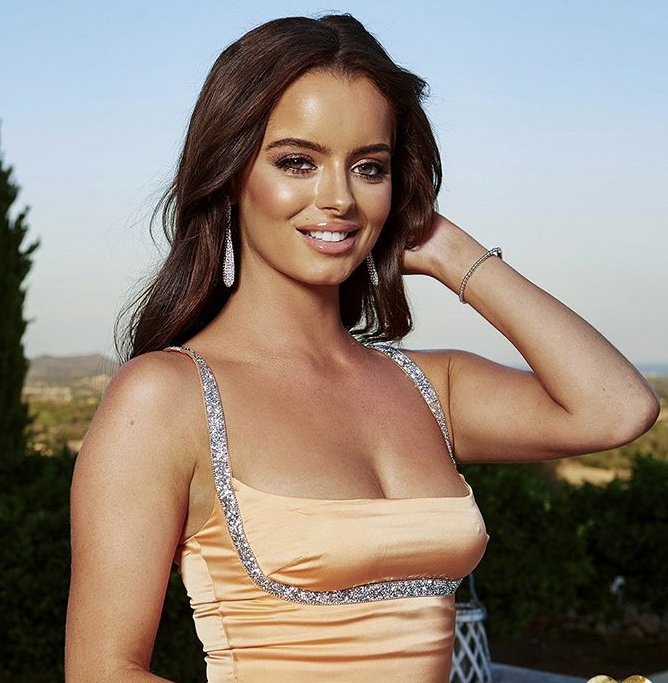 Maura Higgins has admitted that she “stormed out” of the Love Island villa, and almost quit the show in unaired scenes.

The Longford native made the shocking revelation on the first episode of her brand new podcast, Get The Scoop.

During the podcast, Maura revealed her best and worst moments on Love Island.

“My best moment in the villa was finally finding a man,” she said, speaking about beau Curtis Pritchard.

However, it wasn’t all great, as Maura admitted to crying “so many times.”

“My worst was missing my sister’s wedding and missing my niece’s birthday, oh my God I cried that day,” she said.

“It was also my best friend’s two-year anniversary while I was away. I cried so many times.”

Things almost got too much for the girl from Longford, as she almost quit the show.

“I’m so proud of the fact I didn’t give up because I was going to,” she said.

Higgins said she was so close to quitting that she even stormed out of the villa in Mallorca.

“I actually stormed out of the villa and said ‘I want to go home, I can’t do it anymore, I can’t find a man.'”

Little did Maura know, her perfect man would soon be hers for the taking.

“I’m so proud that I got the strength to stay and carry on, and now look, I’ve got a man!” she said.

While the pair are not yet ‘official’, they have been enjoying a close romantic relationship since coming 4th on Love Island.

Not long after Maura came out of the villa, she admitted that she felt “burnt out” and decided to take a few days off.

Addressing her “burn out”, Maura said: “I had to take a few days off. I couldn’t deal with everything, it was all a bit too much. I couldn’t cope, I needed a break to process everything.”

She has since been busy working with Boohoo, Bellamianta and recently, McDonalds.

Meanwhile Curtis is working on The Greatest Dancer, and has recently announced he is to be a brand ambassador for Weight Watchers.