The Holllywood actor lived in Dalkey for months last year, after filming on his upcoming movie The Last Duel was shut down in March due to the coronavirus pandemic.

Speaking on Marc Maron’s WTF podcast, the 50-year-old said: “When we did the lockdown, we started the lockdown in Ireland because we were shooting a movie. It was so f***ing great.”

“We loved it there so much and I was kind of in the back of my head, ‘I could move here. I could live here.’ It’s beautiful.”

Speaking about Dalkey, Matt said: “It’s this beautiful seaside town and it was beautiful.”

“I got very lucky. We were shooting this movie that’s going to come out later in the year called the Last Duel and half of it we shot in France and half in Ireland.”

“We just (finished) the French part of our schedule, we finished that and then the crew travelled to Ireland. Landed in Ireland and shut down.”

“We stayed for three months. Because we got there and we’d rented all of these houses in this town, it was about a fifteen minute drive to the studio, it was this beautiful little town.” 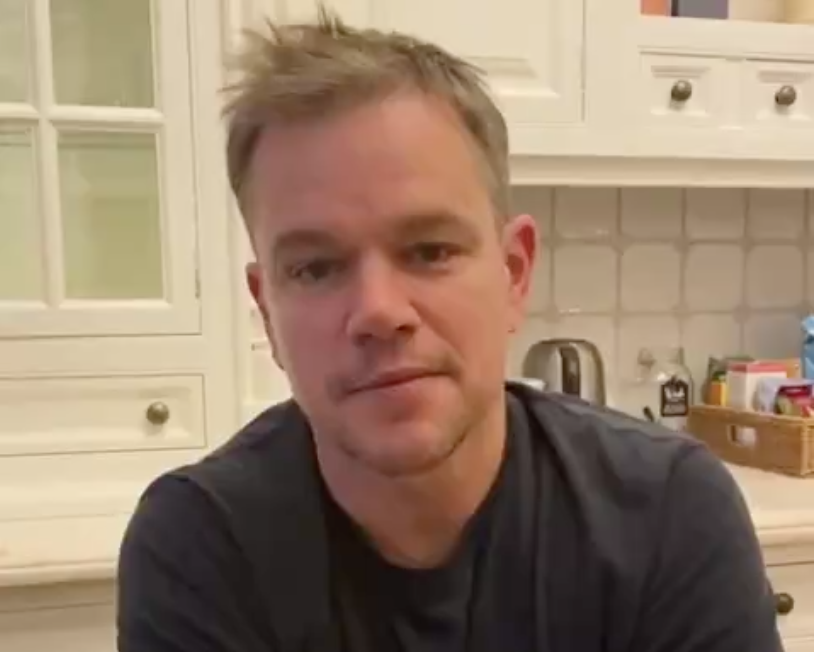 “So everybody, the actors and director Ridley Scott, rented a place,” he explained.

“We had a few people in our little group and we were like, ‘well we’ve got all these houses for three months’ so we just moved into these houses and just kind of took it over and had just the best time.”

The actor recently revealed he and his family hope to return to Ireland soon.

Speaking at the Dalkey Book Festival last month, Matt said: “We did make a deal [with his children] both times we left Ireland saying we’ll come back and finish the movie and then we’ll get to travel. We had a plan to take a caravan all around the country.”

“We had all these grand plans and then the second time it was straight into lockdown again and then we had to leave again.”

“So we made a bargain with the kids that when this all ends we’re going back and we’re gonna do our trip… we all really want to do it, we just felt comfortable there…”