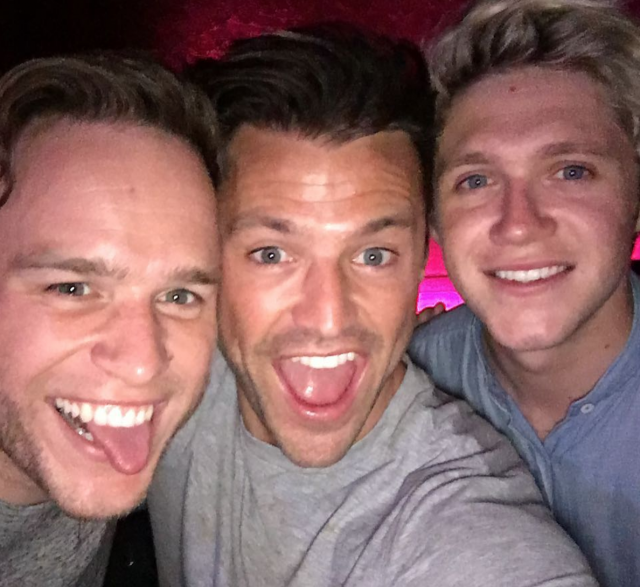 Mark Wright has revealed that Niall Horan helped him land his dream job in Los Angeles.

The former TOWIE star has been enjoying success in the US working as a presenter for ExtraTV, and now he’s revealed how he landed the role.

When given the chance to prove himself to TV bosses in America, Mark was tasked with finding an A-list celeb to feature.

Speaking to the Sunday Mirror, Mark said, “She said, ‘I’m gonna give you a chance. You’ve got a week to get a star we’d play on our show. Produce it. Direct it. And interview them’. They said the calibre they wanted was Beckham, Corden, One Direction.”

Although Mark admittedly panicked at first, he decided to call up his ex-1D pal Niall Horan, who gave him behind-the-scenes access to his debut music video, Slow Hands.

“I will thank Niall forever. I have got close to him over the last year and he has helped me settle in,” Mark gushed.

Off the back of this, Mark was offered a full-time role, and Mark revealed that he discovered the news just before he caught a flight from LA back to the UK, after being asked to interview James Corden.

“I was at the airport. Luggage in the hold. The producer Teresa calls me and says, ‘Mark are you still in town?’. I was like ‘I am but I’m leaving now’.

“She said, ‘Oh, never mind. We had a James Corden interview and we were going to ask you to do it.’ I get on the plane and something doesn’t feel right. I’m like, ‘I’ve got to get off’. I call Teresa and I’m like ‘I’m coming back’. I got back to the hotel at 11pm and the next day I interviewed Corden.”

“My boss told me, ‘What you did yesterday, that goes a million miles. I knew you were hungry because you got off that plane and made it happen’. Now I wake up every day, there is sunshine and I am buzzing to get to set. I feel good and it’s the most I have ever enjoyed work.”

Mark also opened up about how his reality TV past made it difficult for him to land his big break in the US.

“Reality shows carry a stigma. You get ‘I can’t take him seriously, he has no talent. He is thick. He is from Essex’,” he said.

“I believe proving people wrong is the number one thing. Being a reality star is a huge positive as you are famous instantly if the show is good. But if you want to break away from that, then comes the negative.”