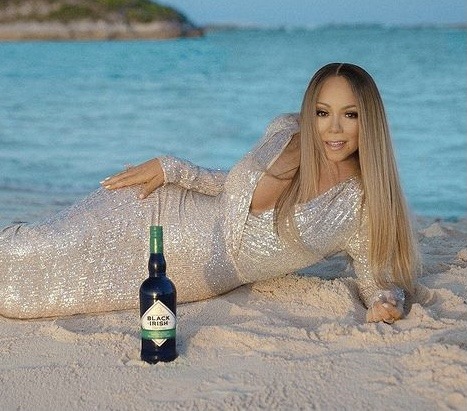 Mariah Carey has been blocked from selling her Irish liqueur brand in Ireland.

The singer, who’s grandparents are from Co. Cork, launched her Black Irish liqueur last month – paying tribute to her father, who was Black, and her mother’s Irish heritage.

However, due to an ongoing legal battle with Irish company Darker Still Spirits Co over their Black Irish Whiskey product, Mariah can not sell her product outside of the US.

Mariah’s team applied to trademark “A Cause for Celebration Black Irish”, but were rejected by the European Union’s Intellectual Property Office.

Richard Ryan, a co-director of Darker Still, told the New York Times: “You don’t assimilate with Irish culture while simultaneously doing everything in your power to damage an actual Irish business.”

“Myself and my partners in Darker Still are collective veterans of the Irish drinks industry. It is unprecedented that we are defending our position against a US company, within an Irish industry that we have helped support for over 30 years.”

“We also call on Mariah Carey’s appointed agent to stop claiming trademark rights to other products owned by our directors, presumed as a tactic to undermine our wider businesses,” he added.