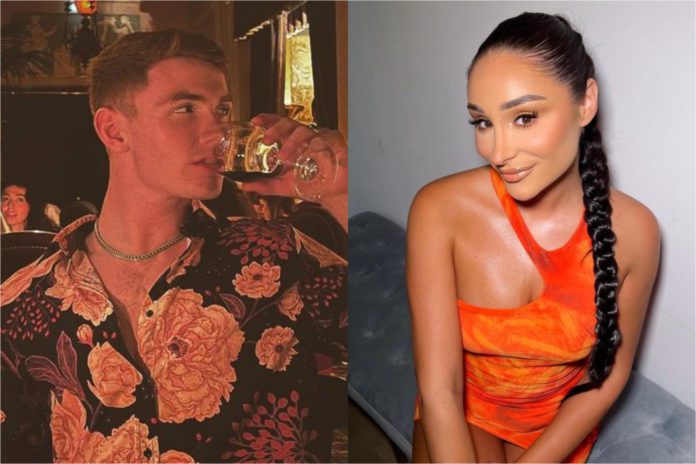 Jack Keating has addressed Coco Lodge romance rumours, after they were spotted looking cosy at the Love Island wrap party.

In photos published by MailOnline, the Dubliner was seen holding hands with the Casa Amor bombshell outside London’s ME Hotel, where the 2022 contestants partied after Monday night’s finale.

The rugby player, who is the son of Boyzone star Ronan Keating and his model ex-wife Yvonne Connolly, was also photographed with his hand on Coco’s waist.

However, Jack has shut down speculation he is dating Coco, insisting they are just friends.

The 23-year-old told The Sun: “Nothing is going on there. We were having a cigarette outside and the paparazzi went by and she asked me to hold her hand for a photo.”

“There definitely couldn’t be a romance right now, no. I am my own worst enemy – first the Jazmine rumours and now Coco. I don’t do myself any favours. I need to calm it down.”

Jack was unlucky in love when he joined the hit dating show in Casa Amor.

The Irish lad was sent home from the villa after he wasn’t picked by any of the girls in the recoupling.