RTE 2FM presenter Louise McSharry has opened up about motherhood and birthing her second son, Ted.

The 30-year-old gave welcomed her first son Sam with husband Gordon Spierin in 2016.

Gracing this months cover of the RTÉ Guide to celebrate the launch of their Celebrity Mum of the Year competition, Louise revealed she had a hard time adjusting to being a new parent.

“With Sam, I had a really hard time adjusting to being a mam,” she said.

“It’s such a massive adjustment and I think if you witness it first-hand in someone else’s life, you don’t realise how dramatic the change is and how significant the sacrifice is.”

“I would say it took me a full year to settle in to being a mam.”

In May 2019, the couple welcomed their second bundle of joy, a son named Ted.

Louise revealed that while it’s been easier the second time around, it’s still tiring and tough.

“It’s been really lovely. Like we were already exhausted so we figured how much more exhausted could we be?”

“Everything is already mental but it’s not as dramatic with the second one as it is with your first.”

“It can be really tough on a relationship and we don’t talk about it enough.”

In 2014 the radio DJ was diagnosed with Hodgkins Lymphoma, a cancer which Louise overcame.

“Gordon and I have been through a lot since we got together ten years ago – cancer, my biological mum dying and other sicknesses – all of that was nothing compared to having babies.”

The show airs 9 am to 11 am on Saturday and Sundays. 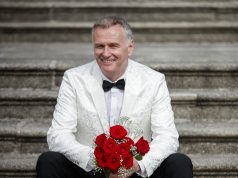 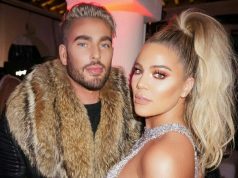