Louise Cooney has been featured in a brand new video by Demi Lovato.

Demi made an appearance during FOX presents the iHeartRadio Living Room Concert for America.

The televised concert aimed to give viewers an uplifting experience during the coronavirus crisis.

I would be lying if I said I wasn’t crying rn. ???? This was beautiful. Thank you, @ddlovato. #iHeartConcertOnFox

Demi performed an impassioned rendition of her song Skyscraper.

While the musician sang (from the comfort of her own home via video link) images from people living through the COVID-19 crisis which had been posted on social media appeared on screen alongside her.

Louise had posted to her feed last week, showing herself standing in the middle of an eerily empty Times Square in New York City, which has been pedestrianised to allow for better social distancing in the city.

This image from Louise’s social media, which also features her companion Cooper the dachshund, was shared during the concert.

Posting to her story, Louise revealed that a follower had let her know her image had been shared, and wrote:

“Coop we’re famous!” alongside a number of heart eye emojis. 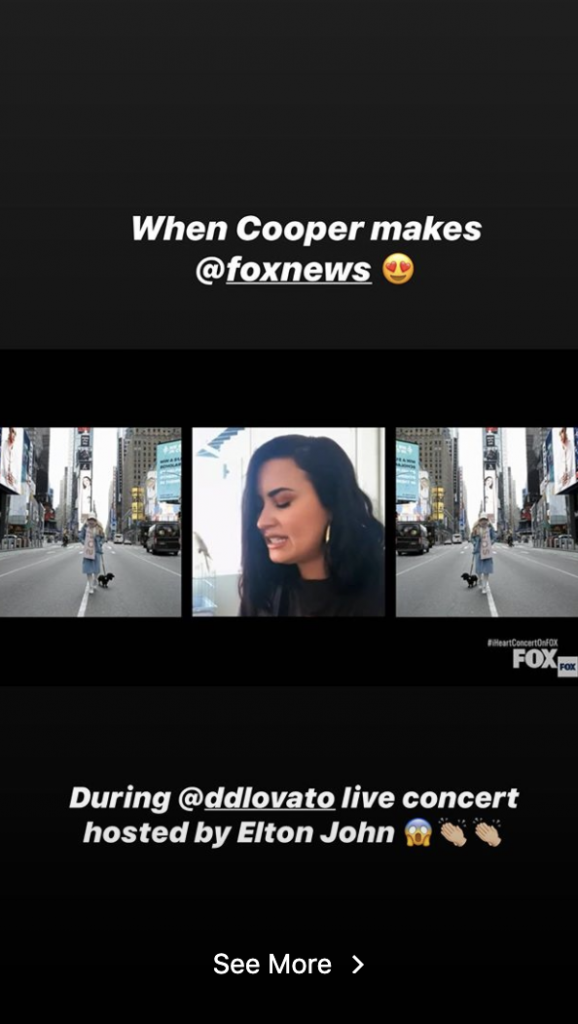 Alongside the video, Demi shared a heartfelt statement about remaining strong amid the current pandemic.

“When tragedy knocks our neighbours down, we extend our hands to help them up.”

“When sorrow strikes any one of us, we do our best to power through. We can only use the love we have to ease the pain.”

“We are strong, we are decent, we will rise and stand tall. And nothing, absolutely nothing can tear us down.”