Louise Cooney has documented her return to Ireland from New York amid the COVID-19 crisis.

The Irish influencer described feeling “unsafe” in the Big Apple, as she made the very difficult decision to temporarily leave her NYC life to return home to Limerick to be with her family.

The content creator has documented her travel experience returning to Ireland, before she enters total quarantine for two weeks ahead of rejoining her family.

Louise’s decision comes as the Department of Foreign Affairs advised any Irish person on a short-term visa, which is less than 1 year long, to return home as more and more countries implement travel restrictions.

US President Donald Trump has also refused to quarantine New York, citing that the move “will not be necessary” despite more than 52,000 cases of the virus being reported in the city.

New York accounts for almost half of all coronavirus cases in the USA.

Before packing up her luggage, Louise had one last drink on the rooftop of her apartment with friends Charlotte Casey and fellow influencer Lorna Ruane.

“Last night as an isolation trio…” she posted.

“Hopefully we’ll be back sooner rather than later. Get well soon New York”

Louise will be bringing her canine companion Cooper home to Ireland with her also. 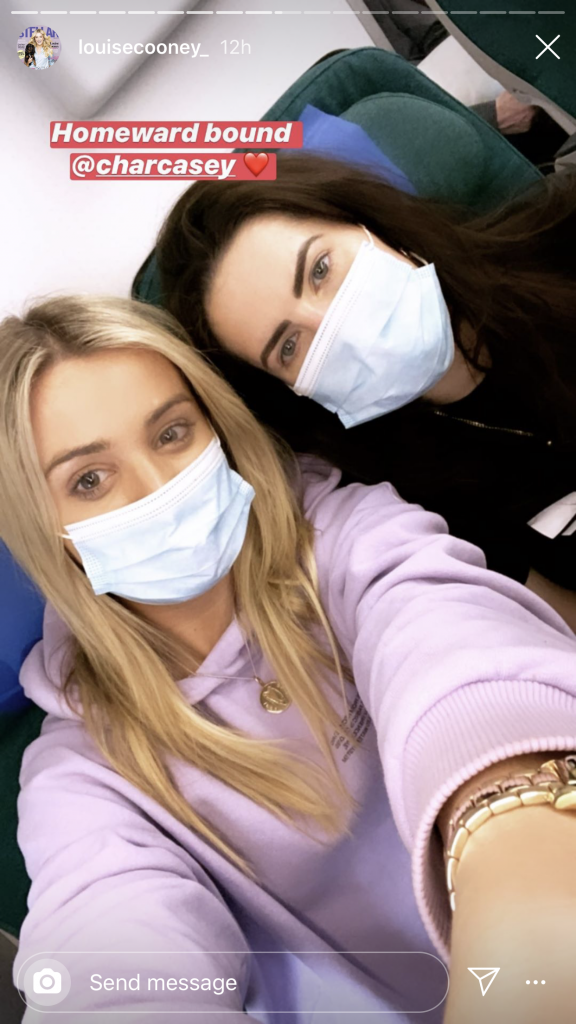 The Dachshund pooch travelled to JFK airport with Louise and friend Charlotte, who is also returning home.

The influencer donned a medical grade face mask for the journey, as she documented the eerily empty scenes at one of the world’s busiest airports. 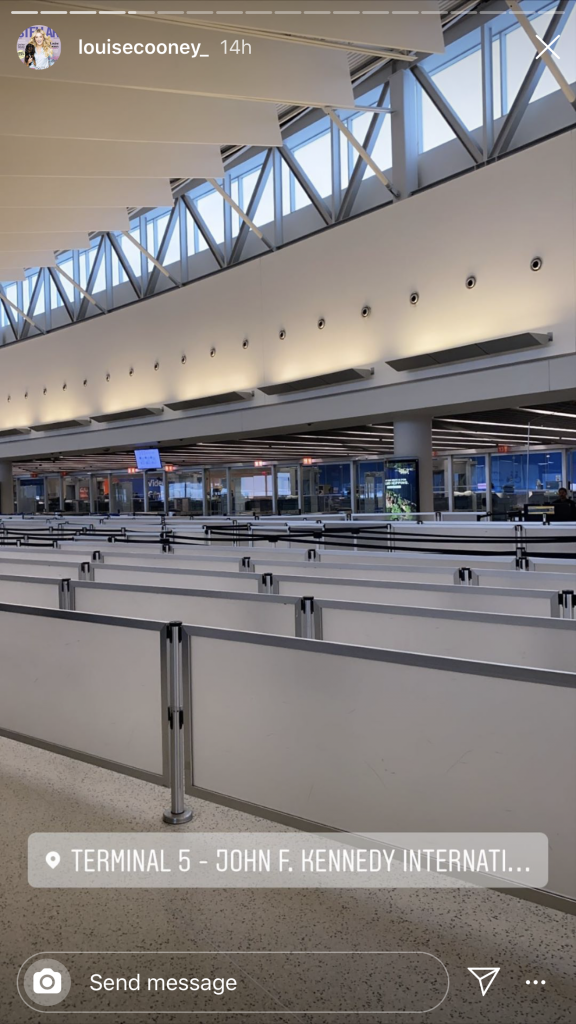 Once aboard her Aer Lingus flight, Louise was careful to disinfect the surfaces she may come into contact with using anti-bacterial wipes.

The influencer noted that her flight was quite busy, but in snaps from the luggage collection point, travellers maintained their social distance. She also thanked the flight crew for getting them home.

After Cooper’s check-up by the Irish Department of Agriculture, Louise and her pup were able to leave the airport and venture to Limerick, where they will spend the next two weeks in insolation before rejoining her family.