Lottie Ryan has revealed she fell pregnant just weeks after she decided to freeze her eggs.

The 35-year-old, who has been married to her husband Fabio Aprile since 2017, announced her pregnancy on Wednesday night via Instagram.

This morning, Lottie opened up about her pregnancy for the first time during a candid chat with Jennifer Zamparelli on RTÉ 2fm.

Lottie gushed: “I am due in August, so I’m a good four months in now.”

“I’ve not been the most well bunny over the past while, but I’m starting to feel a bit better now, and I’m absolutely s**ting myself!”

The Dublin native explained: “We told our families on Christmas Day, which was just absolutely amazing. I think my mother nearly fainted, God bless her, because she thought there was no hope for me…”

“It was just absolutely amazing, especially in my family I’m the first one out of the five kids to have a baby, and they’re just over the moon with happiness.”

Lottie, who is the daughter of the late Gerry Ryan, also admitted her pregnancy journey was a little bit “unusual”.

The 35-year-old explained: “To be honest with you it all started because I went to freeze my eggs, and that’s how the whole thing began.”

“I went to Sims [fertility clinic] and I knew I was of a certain age, and Dancing With The Stars had just finished and I had all these ideas that I was off to the West End and all this kind of mad stuff…”

“So I said listen Fab we better just freeze the eggs because I’m off now, I’m on this rollercoaster of wanting to perform.”

“So off we went to the clinic and got our fertility tested and started the conversation with the doctors, and they kind of pointed out to me that everything was fine…”

“But they said you know just bear in mind you are 35, that does matter in terms of the quality and quantity of the eggs you’re producing, and you’ve also been on the contraceptive pill since you were 18, and we don’t really know what your body is like until you come off that… so there was a whole load of factors.”

Lottie continued: “And then he said to me, if you were to start trying now, it’s not unusual that it could take about a year. So I was like Jesus I didn’t know any of this stuff, I better come off the pill so we can you know check all this out and be prepared.”

“Three weeks later, I was sitting on the floor of my bathroom surrounded by 50 million pregnancy tests looking at Fabio going, ‘Go to another chemist, there’s something wrong with this batch as well!'”

The radio presenter laughed: “Poor Fabio must have emptied out every chemist in the vicinity… then eventually we both had to go, I don’t think they’re all wrong.”

Lottie explained: “Even though it was something that was in our minds, I don’t think anything can prepare you for seeing that positive on a pregnancy test, it’s quite overwhelming.”

The expectant mum also admitted her other half has been wanting a baby for a long time.

“Again I’ll be honest with you, he has been waiting for this for about a decade. God bless him, he’s been so patient with me,” she said.

“And I feel like lockdown happened and he just thought ‘Lots, you’re stuck at home for a few months, would you just bloody give me a kid please?'” 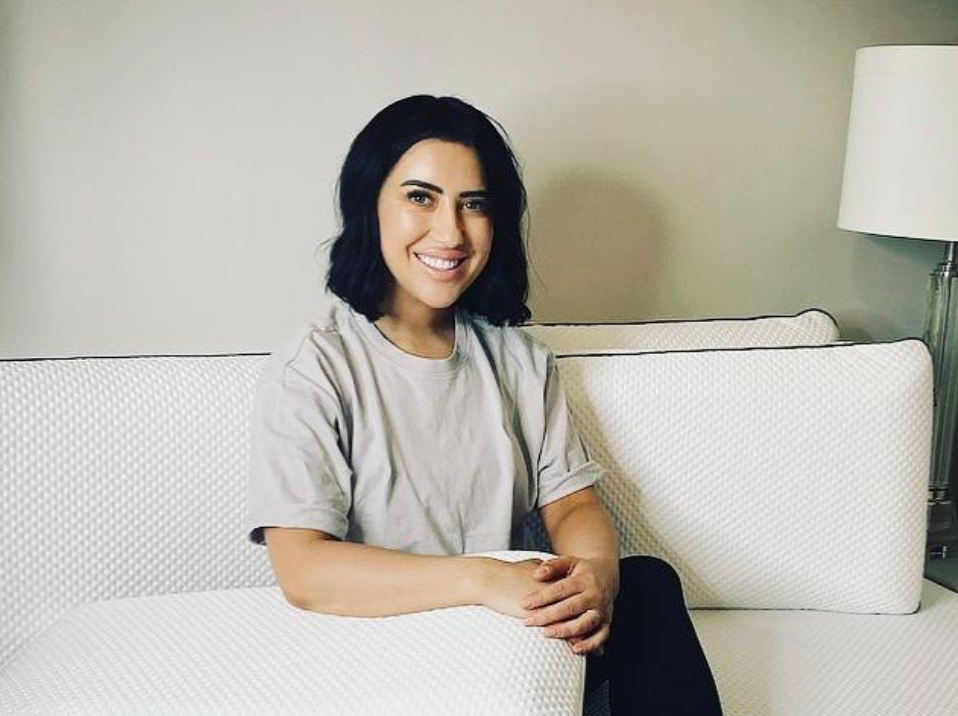 Lottie also confessed the coronavirus lockdown pushed her to think about starting a family.

“I really had to sit with myself and ask myself those questions that I’ve really never taken the time to think about before,” she explained.

“So it’s something that I suppose I’m going to be grateful to lockdown for.”