Lottie Ryan has revealed her late father Gerry would have been a “hilarious grandad”, as she prepares to welcome her first child.

The presenter has been documenting her pregnancy journey with her 73.1k Instagram followers, and took part in a Q&A on Friday.

One follower wrote to the RTÉ star: “I’d say if your Dad was still alive he’d be shouting on the airwaves on becoming a grandad.”

The mum-to-be replied: “100% agreed. He would be screaming it from the rooftops and he would have this chid absolutely spoilt rotten.”

“He would have been a hilarious grandad, hilarious!” she added. 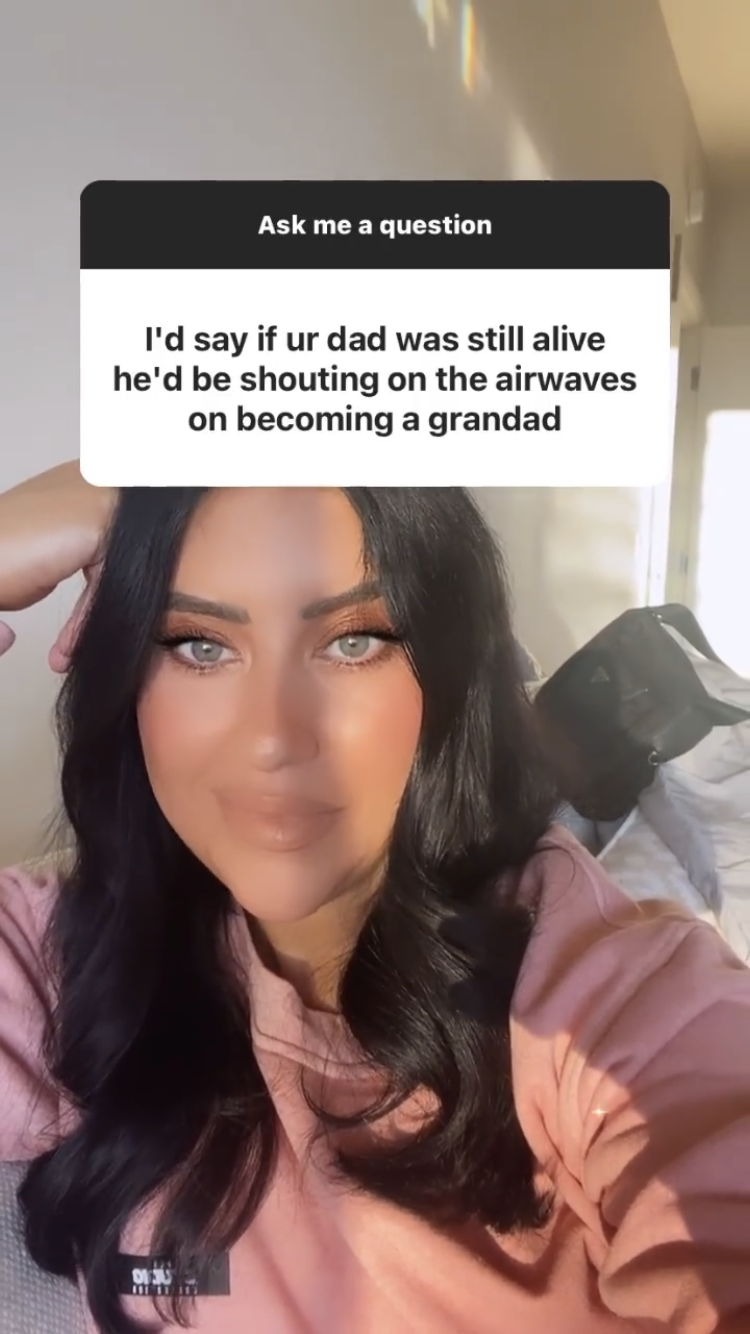 After announcing her pregnancy back in February, Lottie shared her heartache that her father will not get to meet her baby.

The Dancing With The Stars winner said: “Watching pops on the telly tonight has me all emotional thinking what a deadly grandad he’d have been. God damn pregnancy hormones.”

“He’d tell me to get my sh*t together and chin up. The Ryan Line continues,” she added, referencing Gerry’s radio show.

The 35-year-old is expecting her first child with her husband Fabio Aprile, who she married in 2017.

Lottie revealed the couple are expecting a baby boy.

She recently admitted she was “thinking twice” about sharing her pregnancy journey online, after receiving “disgusting” messages from other mothers.