TV star Lorraine Keane has admitted that most TV presenters have been stalked or hassled.

The former Xpose anchor previously had a stalker who sent her pornographic images and threatened her.

“It’s not nice. It’s one of those things that unfortunately when you’re in the public eye, people have a little bit more access to you maybe,” she told Goss.ie.

Sympath: Lorraine said her showbiz friends have been stalked | VIPIRELAND.COM

After RTE newsreader Sharon Ni Bheolain revealed this week that she had a second stalker who sent her vile emails, Lorraine said most people in showbiz are hassled.

“There’s not one person in the business that I know hasn’t be bothered or hassled at some stage in their career, maybe not to that extent thank God, that was horrific but unfortunately,” she explained.

Lorraine made the comments at the annual Brennans Bread Bloomsday Messanger Lunch at Dublin’s Shelbourne hotel.

The presenter was a special guest at the lunch, in association with the Irish Youth Foundation.

Stalked: Sharon has had two stalkers hassle her

Previously Lorraine opened up about her stalker hell.

“It was quite unnerving to open mail addressed to you with vile images and nasty threats inside. They would mainly send me pornographic

images with nasty comments. You began to get afraid every time you opened a letter,” she revealed.

RTE host Miriam O’Callaghan has also admitted to being stalked. 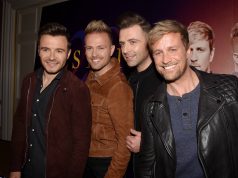 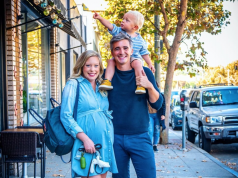