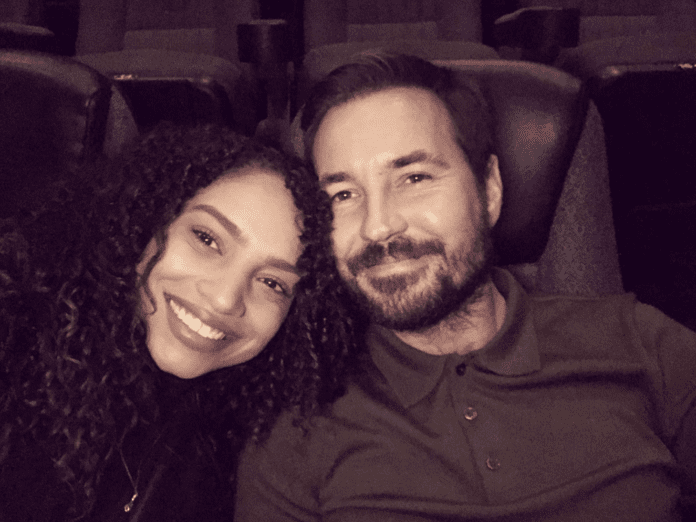 Line of Duty star Martin Compston has brought his family to Co. Cork in Ireland for a holiday.

The Scottish actor, best known for playing Detective Inspector Steve Arnott in the BBC series, has been spotted in west Cork with his wife Tianna and their son Brodie.

Line of Duty fan Pat Healy nabbed a photo with Martin at Kent train station on Wednesday, and has since praised him for being “so pleasant”.

Speaking to CorkBeo about meeting Martin, Pat said: “I was working by the barriers when a man came up to me asking a question. I turned around, saw who it was and just said, ‘D.I. Steve Arnott!'”

“My wife and I are massive Line of Duty fans, so seeing him was just amazing.”

“Out of all the celebrities I’ve met throughout the years working in the train station, he was just so pleasant.”

Martin and his wife have a strong connection to Ireland, as Tianna has an Irish father.