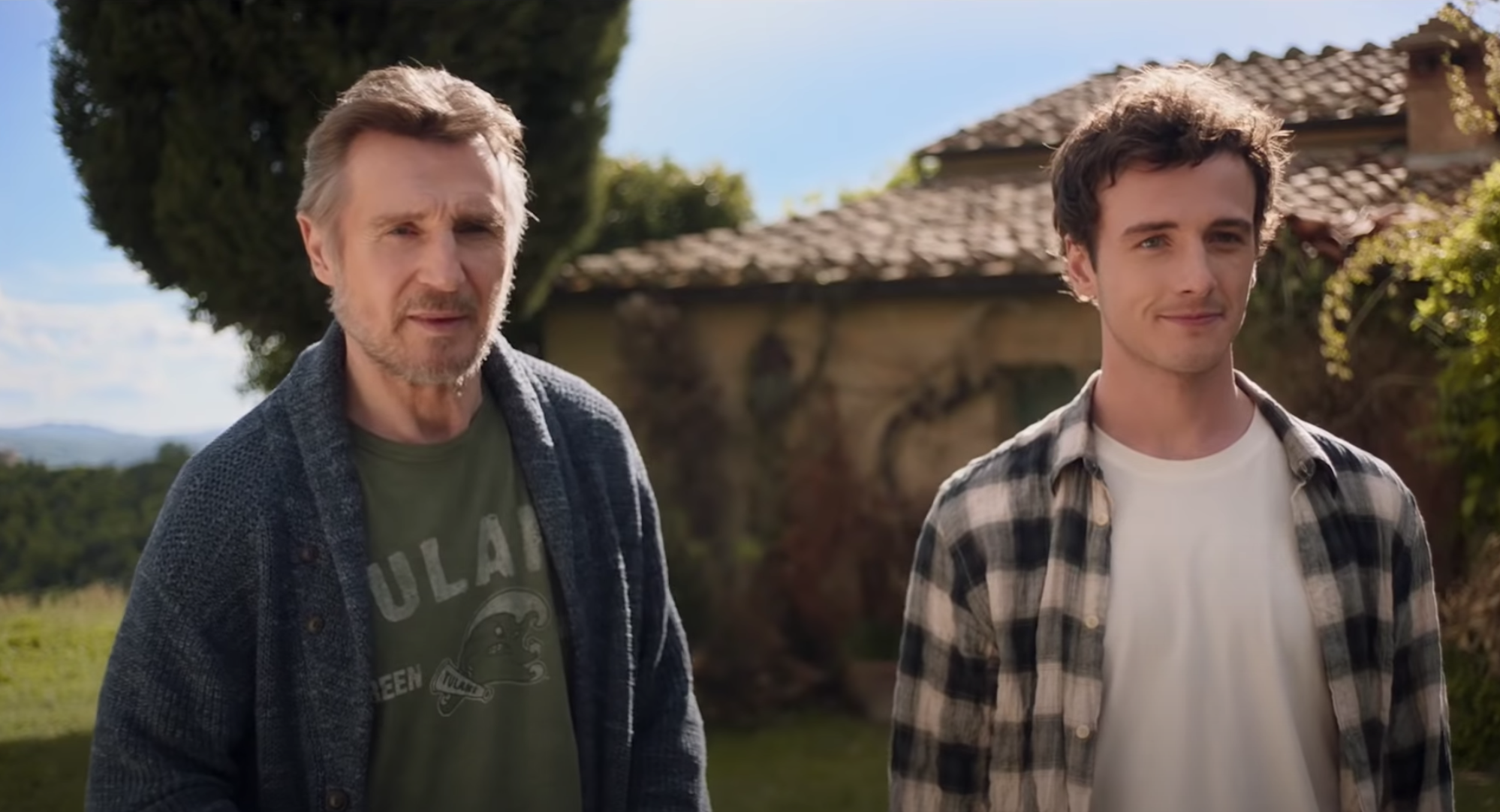 Liam Neeson is set to star in a new movie with his son Micheál Richardson.

The father-and-son duo have appeared in the gripping trailer for the upcoming comedy-drama Made In Italy.

The film focuses on an estranged father and son who travel to Italy to sell their Tuscan villa.

The movie is written and directed by Dunkirk actor James D’Arcy.

Speaking to Entertainment Weekly, Liam opened up about how he landed the role alongside his 25-year-old son.

“[It] came about not through an agent shoehorning you into doing a script because it will show another facet of your career,” the 68-year-old said.

“James D’Arcy got in touch with me through my English agent and she said, ‘Listen, I think you should read this, there’s something to it.'”

“I did and I sort of fell in love with it, and she said, ‘Maybe this is something good for you and Micheál, your son.’ And so it was kind of fate, I just felt like I had to do it,” he added.

The film is set to be released in US cinemas and on VOD on August 7, amid the coronavirus pandemic – and an Irish release will take place later in the year.