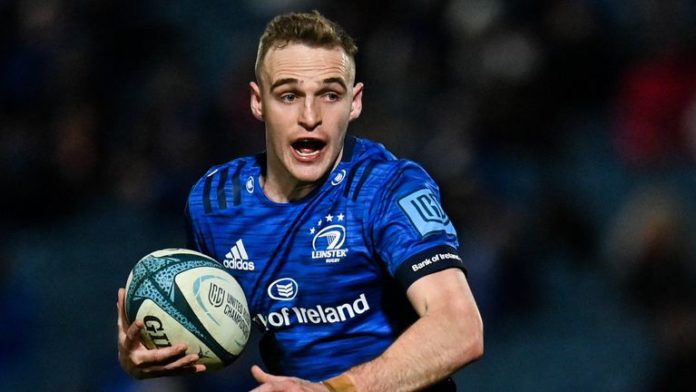 Leinster scrum-half Nick McCarthy has come out as gay.

In an interview on the Leinster Rugby website, the 27-year-old detailed how he came out to his team-mates in January after discussing the subject with coaches Leo Cullen and Stuart Lancaster in November.

He said: “I came out to my team-mates in January and I was obviously pretty nervous about doing so. But I’m really happy that I did it.”

💙 | Scrum-half Nick McCarthy has spoken publicly for the first time about his sexuality.

He now hopes that sharing his experience will be encouraging and provide hope to others. 👏

The Michigan native continued “I struggled with coming out for a while and it was starting to impact on me and my happiness so it was the right decision.”

“It affected me so much that I agonised over my future and contemplated walking away from rugby altogether because I just didn’t think I could come out while playing rugby.”

“But, I spoke to Leo (Cullen) and Stuart (Lancaster) last November and the support that I got from them straight away was unbelievable. They helped and guided me over the months that followed so that I felt more comfortable to come out to the group.”

💬 | ‘To be at your best, you need to be yourself and we’re happy that Nick can do that now.’

When asked why he felt he couldn’t come out while playing rugby, Nick said: “I suppose because it’s not really ‘a thing’. It’s not common for a male athlete to come out in sport, nevermind professional rugby, and it’s probably something that I didn’t want to believe or accept myself either.”

“I needed to accept being gay myself before I could address it with others. I have great friends in rugby but I didn’t know how they would take it.”

“My experience, since coming out though has been entirely positive. I have realised that anyone who cares about you, just wants you to be happy.”

The sportsman went on to say: “Around this time last year I started talking to my close friends, and they were very supportive. Those conversations continued as I became more comfortable and accepting of myself.”

“In many other professions you may not feel the need to discuss your sexuality. But I felt I wasn’t being true to myself.”

“Leinster Rugby is built on ‘brotherhood’ and it’s important that we can be open and honest with each other. We spend so much time together, and I now feel very comfortable in this environment being myself.”

🗣 | “By speaking openly about his sexuality, Nick will be a role model for others and we couldn't be prouder of him.”

Speaking about the reaction to him coming out, Nick said: “Everyone was happy that I could tell them and they could be there for me. Some felt sorry that I couldn’t discuss it sooner but again, I had to get to that point myself.”

“My friends have been unbelievable in helping me to accept that I am gay and to help me embrace that part of my life now. I’m lucky to have grown up in a loving environment. My parents, my sister, grandparents and wider family, are totally accepting of me and I’m very thankful for their support.”

“I only made a quick announcement [to my teammates]. But I just remember the room erupting! They were all delighted for me and it was immediately a weight off my shoulders. I felt they understood my situation.”

“It’s hard to perform at your best when you are carrying something, anything, and that’s the same for all the lads. For me it was my sexuality, for others it could be stuff at home, or studies or whatever.”

“I’m a private person so I was unsure about coming out publicly. But looking at Carl Nassib (American Football player) or Josh Cavallo (Australian soccer player) coming out and Jack Dunne here in Leinster and how he spoke publicly last year about his bisexuality, has helped me a lot. I’ve had good conversations with each of them and they’ve been hugely encouraging.”

“In turn, I feel if I can now help others come out in professional sport or in their everyday lives and make being gay more normal and not a thing to be worried about, then that is a positive.”