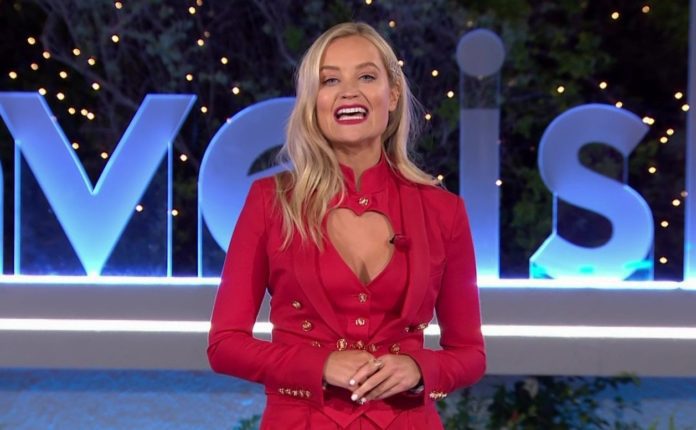 Laura Whitmore has hit back at claims she tried to “humiliate” Love Island contestant Remi Lambert, after he was sent home from the show on Sunday night.

The 22-year-old model and rapper was dumped from the villa after a dramatic recoupling, and later appeared on Aftersun to discuss his time on the show.

After his interview, Remi was asked to perform a rap by host Laura and when he did, he forgot some of the words.

Reacting to Remi’s Aftersun appearance, one viewer tweeted: “I hope you are looking out for Remi and he has people meeting him from his flight home, cos he didn’t seem ok in that interview and you still pushed him to rap. Doesn’t seem like he was prepped or good aftercare.”

Another wrote: “Hope #LoveIsland supports Remi He looked broken on #Loveislandaftersun. Asking him to rap was done in bad faith and to humiliate. I thought @thewhitmore & crew were supposed to ‘BE KIND’.”

Laura replied to the second tweet: “Remi is a rapper and asked in good faith in advance if he’d rap and prepare something which he did. Live Telly is nerve wrecking, believe me, so maybe he was a bit nervous but he deserved to have his time. Also I want to make Remi & Afia happen!”

Remi is a rapper and asked in good faith in advance if he’d rap and prepare something which he did. Live Telly is nerve wrecking, believe me, so maybe he was a bit nervous but he deserved to have his time. Also I want to make Remi & Afia happen! ❤️ https://t.co/Rw3KWdp9b7

Speaking about his exit from the show, Remi said: “I’m a bit disappointed – I wish I could stay longer to get to know Indiyah and Danica mostly. At the same time, I feel like it was my time to leave. I was getting mixed signals and I wasn’t getting a clear answer from the girls.”

“I was initially attracted to Paige but then when I turned my head and saw Indiyah – that’s my type. I feel like me and Indiyah had a connection but her and Ikenna were there from the start and they’ve built a strong connection and foundation. I just wish I’d had more time with her.”

As for what he learned from his time in the villa, Remi said: “I’ve learnt that I need to humble myself. Not everyone is going to like me. But now I’ve got to take it easy, I’m going to chill for a bit and then go back on the dating scene – no rush!”