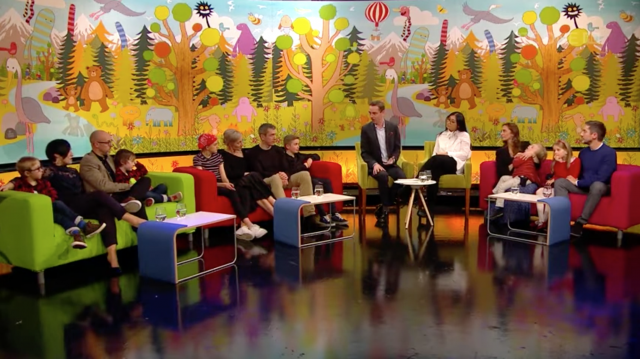 A GoFundMe page set up by Munster rugby player Billy Holland and his wife Lanlih to raise funds for families of sick children around Ireland amassed donations of over €290,000 from viewers, following the couple’s appearance on The Late Late Show last night.

Billy and Lanlih spoke to host Ryan Tubridy about the phenomenal care their baby daughter Emmeline had received at CHI at Crumlin, before losing her battle last year at just six months old.

Donations to the page set up by Billy and Lanlih soared following Billy’s fundraising appeal on air, with over €300,000 currently donated to their Brave Like Emmeline Holland fundraiser.

The couple will divide the funds raised between CHI at Crumlin, Cork University Hospital (children’s wards) and the Ronald McDonald House.

Last night’s Late Late Show paid tribute to the incredible patients, families and staff at CHI at Crumlin in Dublin, where tens of thousands of children from all over Ireland are treated every year as emergency, inpatient and outpatient attendees.

During the segments, viewers also had the opportunity to support staff and patients at Crumlin by donating €4 by texting “Crumlin” to 50300.

Sophie Barnes Aabo from November’s Late Late Toy Show, who brought the nation to tears speaking about her brother Cian, who is receiving treatment the children’s hospital, also joined Ryan last night, as did a number of other families who have had first hand experience with the hospital.

Speaking this morning, Ryan Tubridy said: “We are overwhelmed by the support and generosity shown by viewers of The Late Late Show last night.”

“As we gathered in the green room after the show last night, we watched in awe as the donations kept coming in, the Irish Public’s generosity knows no bounds.”

“We all wanted to acknowledge and give thanks to these incredible families, attending these wards day in, day out, and the phenomenal, constant and unparalleled dedication and work that takes place at CHI at Crumlin and throughout of Ireland’s children’s wards.”

“People looking on last night knew that these stories could be any person’s story, could knock on any of our doors, that these supports are vital. When the call came, the Late Late Show viewers answered…and then some.”