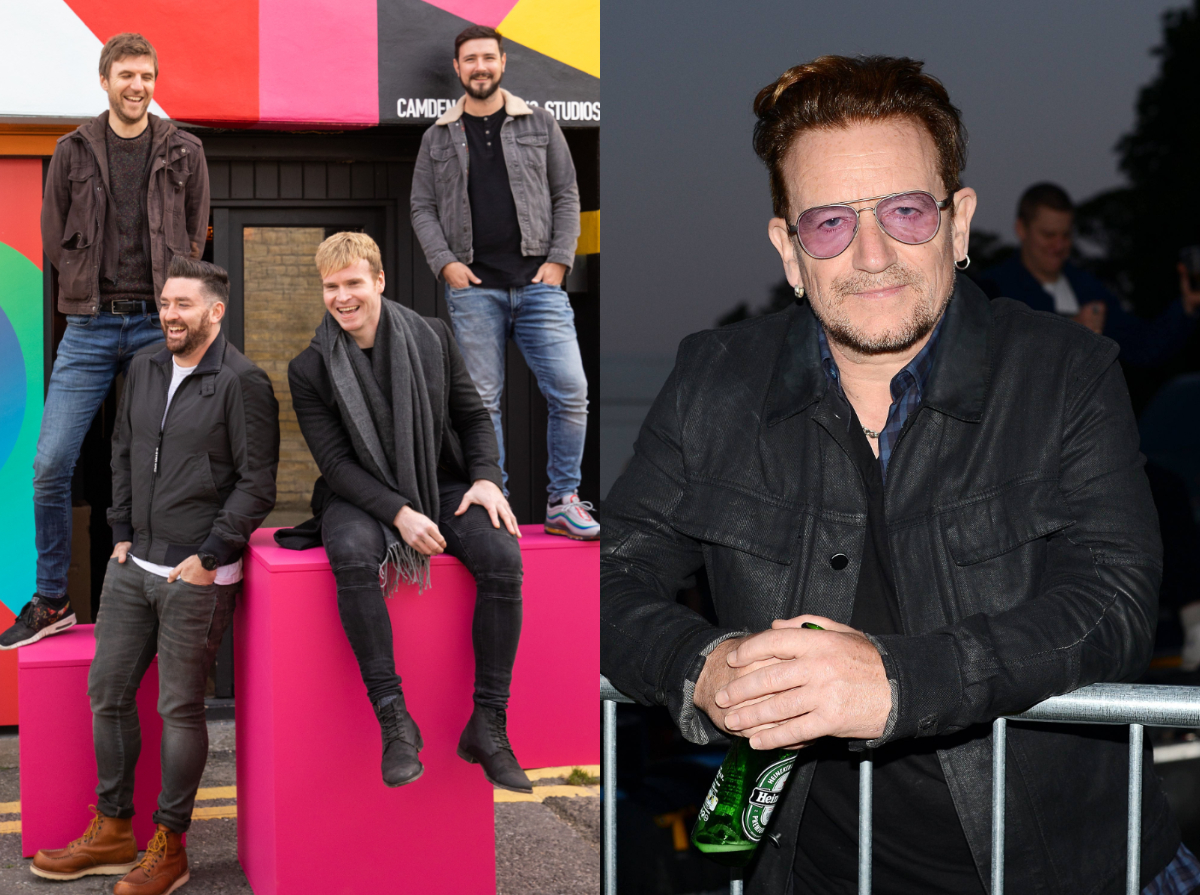 Kodaline have revealed the “great” advice Bono once gave them.

Ever since they officially formed Kodaline in 2012, the band has enjoyed continued success at home and abroad.

But as they rose to stardom, U2 frontman Bono warned them to “stick together” no matter what.

Drummer Vinny May told Goss.ie: “Bono told us once before, ‘Stick together as a band.'”

Vinny said Bono warned them: “There can be 15 or 20 songwriters in a room writing better songs than you’ll ever write, but they won’t be able to recreate what you can create as a band.”

Lead singer Steve Garrigan added: “Because being in a band is what makes you unique, you know, the four of us, which is fairly great advice to be honest.”

Kodaline were speaking at Camden Recording Studios today, as they’ve partnered with Vodafone X to officially launch the Level Up initiative.

To celebrate the launch, they’re offering aspiring musicians, writers and artists the chance to win a money can’t buy rehearsal session with the band.

When asked what advice they have for budding artists who are trying to make it in this day and age, Steve said: “It depends on what they want, if they want to write their own songs, it’s really important to get into a studio or just get advice from other people, which is kind of what we did.”

“But, you can do covers on YouTube, it’s an incredible platform and I think everyone should be doing that nowadays anyway, making their own videos and putting them out.”

“But, there’s nothing better than working in a studio and actually getting some professional demos done, because that can bring you closer to getting a record deal.”

Lead guitarist Mark Prendergast added: “I think every artist kind of breaks in their own unique way, like even Post Malone, he just put a song up on Soundcloud and the next day he was the biggest thing in the world.”

“And some artists just get the chance to open for someone, and someones in the crowd and they give them a deal. So it’s just about being happy with what you do before you put it out there.”

For a chance to win a recording session with Kodaline, Vodafone want you to share a unique audio or video rendition of your favourite Kodaline song, some original material or your favourite cover song by October 23rd.

The winning band or artist will enjoy a five-hour singing and recording workshop with Kodaline at the state-of-the-art Camden Recording Studios on 28th October.